Microsoft has created yet another Surface Pro 7 ad but this time, it has targeted Apple’s iPad Pro, instead of the M1 MacBook Pro. The company has recreated its approach of using a kid to selectively compare its product against Apple’s and somehow deciding that it is the better choice. Nowhere in the ad do you see Surface Pro 7 compete against iPad Pro where it matters: being a good tablet. 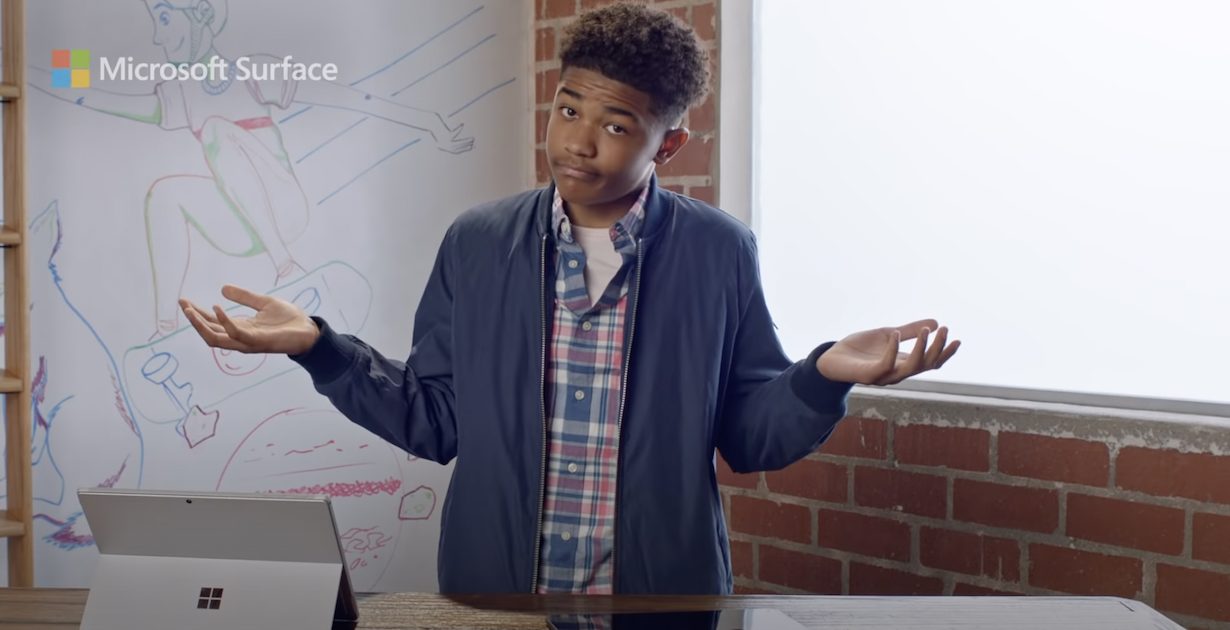 The first argument that the kid makes in the ad is that Surface Pro 7 has a kickstand while iPad Pro does not. However, he immediately follows that up with the keyboard that attaches with a click with the Surface Pro 7, and conveniently forgetting that the Smart Keyboard for iPad Pro does the same, and also doubles as a kickstand. All he can say when comparing the Smart Keyboard is that it is “a lot heavier”, not mentioning that it is a Folio and covers both the front and back of the iPad. Even if we assume that the iPad Pro compared in the ad is the 12.9-inch model, it weighs less with the keyboard attached, than the Surface Pro 7 weighs with its type keyboard cover attached.

Next up is connectivity. The kid focuses on “all kinds of ports” that Surface Pro 7 has, while conveniently ignoring the fact that it does not have cellular, which the iPad Pro can be purchased with. That’s one of the biggest selling points of the tablet and why Apple sells a cellular version.

The cherry on top in this ridiculously misleading comparison by Microsoft is that the price is for an Intel Core i3 Surface Pro 7 with 4GB RAM and just the keyboard for $880. While the iPad Pro’s price is not for the 11-inch model, which is the cheapest iPad Pro you can get for $978, nor is it for an equivalent 12.9-inch iPad Pro which costs $1,198. It is $1,348, and we are not even sure how this is any sort of a fair comparison at all.

Microsoft is pulling off an extremely deceitful marketing campaign here, and it is obvious that it has been caught with its pants down. The company has received more dislikes than likes, yet again, and disabled comments too, yet again.

Don’t forget to check out the Surface Pro 7 vs M1 MacBook Pro ad too.