Some things never change, including Microsoft’s marketing skills. The company has put out a new Surface Pro 7 ad in which it tries to compare it against no an iPad Pro, or an M1 MacBook Air, but a 13-inch M1 MacBook Pro, and unsurprisingly, the ad completely falls apart in its comparison and messaging.

As its ‘merits’ the Surface Pro 7 is defined in the ad as having a touch screen, stylus support, a detachable keyboard, and ‘cheaper price’, a being a ‘much better gaming device’, compared to the MacBook Pro. Let’s take a look at all these claims in detail. 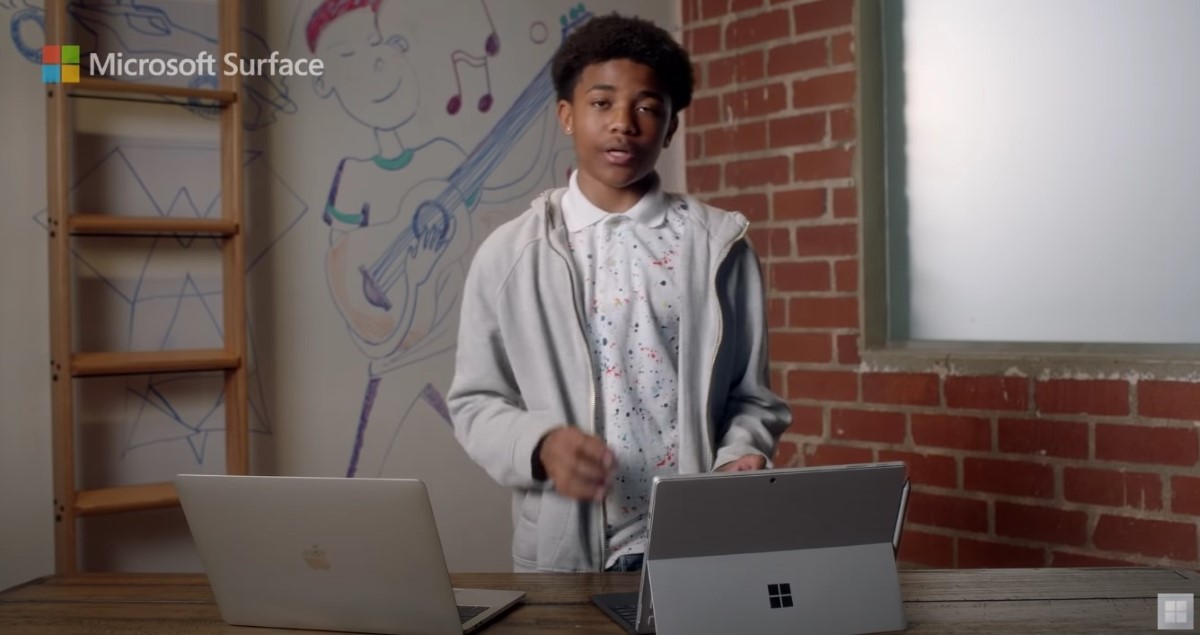 Microsoft compares its tablet, with Intel internals, to a professional-use laptop that is completely destroying top-of-the-line Intel laptops, let alone a Surface Pro 7’s weak Intel internals. To its credit, Microsoft touts the touch screen and compares it to the Touch Bar, calling out Apple for not including a touch screen in MacBooks. However, seeing the subpar touch screen experience on Windows 10 tablets like Surface Pro 7, MacBook users are glad that they don’t have this feature shoehorned without putting in proper effort in terms of software improvements. Anyone who uses Windows 10 on a tablet knows that it is anything but touch-friendly when you compare it to a proper touch-friendly device like an iPad.

When we look at the complete package of tablet features: touch-screen, stylus support, and detachable keyboard, it becomes obvious that Microsoft is being disingenuous by not comparing its tablet against iPad Pro, which actually outperforms it in many departments, for a majority of users. Not everyone wants or needs x86 games and apps.

Talking about gaming, the kid in the ad talks about how Surface Pro 7 is a “much better gaming device”. Facts: it is not. It has integrated Intel graphics, and the new M1 MacBook Pro has some of the fastest integrated graphics in the market right now. If anything, gaming experiences will be much better on a MacBook Pro, and some of the most popular games in the world are already on macOS. Those games which are not ported to Apple Silicon yet, likely run better through Rosetta on MacBook Pro, than they run natively on most Surface machines. No matter which benchmarks you chose, the M1 MacBook Pro destroys the Surface in CPU and GPU benchmarks.

You can tell how badly this ad has failed to resonate with the audience because Microsoft has turned off the comments on the video. The dislikes are also a lot more than the likes on the video.