Apple has announced its new 13-inch MacBook Pro with its custom M1 system-on-chip. The new chip brings 2.8x faster CPU performance, 5x faster graphics performance, and up to 20 hours of battery life. It also features USB 4 with Thunderbolt, studio-quality mics, and improvements to its webcam. 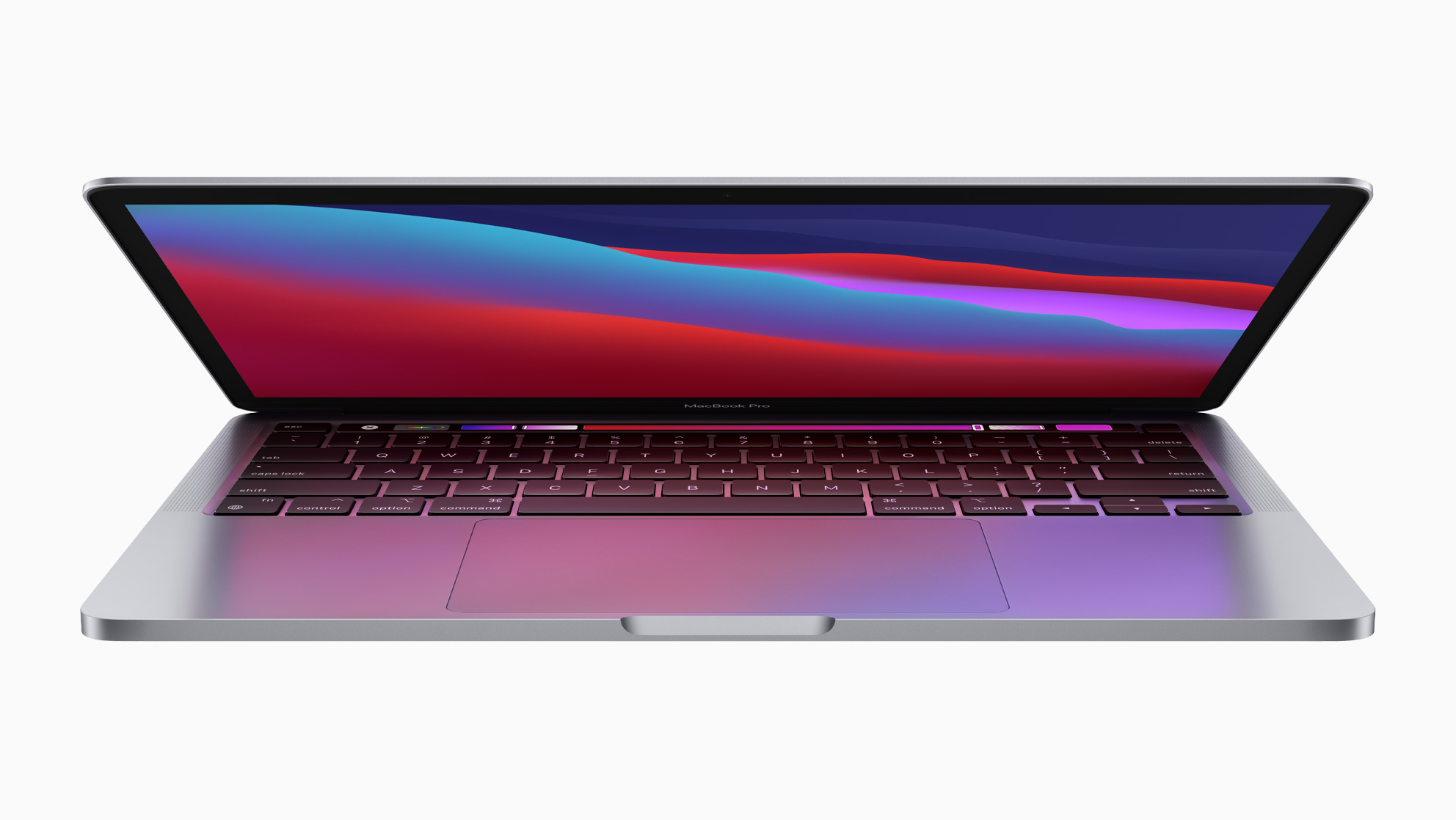 Announced by Apple during its ‘One more thing’ event, the new 13-inch MacBook Pro is powered by Apple’s new custom silicon, M1 chip. The chip features an 8-core CPU and 8-core GPU, which blow away the competition when it comes to performance. The chip not only provides faster CPU and GPU performance, it also enables 11x faster machine learning workflows thanks to its Neural Engine.

With improved power efficiency in the new chip, users can expect the following battery life:

These numbers make it the best battery life on any portable Mac that Apple has ever created.

Unlike the 13-inch MacBook Air with M1 chip, the new MacBook Pro features active cooling which allows it to high higher performance numbres. The performance gains from the M1 chip are as following, as per Apple:

Some of these workflows, such as 8K ProRes video play back, are previously unheard of in such a compact machine.

Other improvements include faster SSD, studio-quality mics, and webcam improvements thanks to the ISP in the M1 chip.

The new M1 MacBook Pro is available for pre-order today and will start shipping next week. The base model ships with 256GB SSD and 8GB RAM starts from $1,299, and can be configured with 16GB RAM and 2TB storage. Education customers can buy the new MacBook Pro for $1,199.

Apple has not stopped selling its Intel-based MacBook Pro yet. If you need more than 16GB RAM, you might need to look into the Intel-based options.