Microsoft had made available Touch Pack for Windows 7 for OEMs only, sometime ago, so that they could bundle it with their multi-touch capable Windows 7 PCs. This meant that those who had older touch capable PCs such as HP TX2 ( Vista version) didn’t get Touch Pack to test out the capabilities and experiences of Windows 7 Touch. But now Microsoft has finally made it available to the general public as a free download and play with.

Microsoft Blackboard, an intricate game of physics in which you solve a puzzle by creating a fanciful machine on a blackboard.
Microsoft Garden Pond, a tranquil game that takes place in serene Japanese water gardens.
Microsoft Rebound, a game in which you use your fingertips to control Tesla spheres with an electrical field between them to catapult a metal game ball into your opponent’s goal.
Microsoft Surface Globe, a program that you can use to explore the earth as a flat 2-D map or as an immersive 3-D experience.
Microsoft Surface Collage, a program that you can use to explore and interact with your photos and arrange them as a desktop background.
Microsoft Surface Lagoon, a screen saver and interactive water simulation, complete with a meditative rock arrangement and playful, shy fish.

Touch Pack can be downloaded from Microsoft Download Center right now. Genuine Windows Validation is required to download the Touch Pack. Head over to the link below to download it if you have a multi-touch PC! 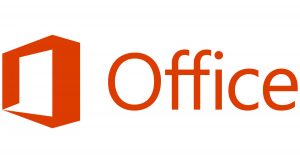