Microsoft launched their latest Office suite for Windows just a few months ago. Now Office 2011 for Mac is slated to be released in October. Today, Microsoft announced launch details about Office 2011 for Mac. It will ship to more than 100 countries around the world in two editions available for purchase at retail stores – Office for Mac Home and Student 2011 and Office for Mac Home and Business 2011. 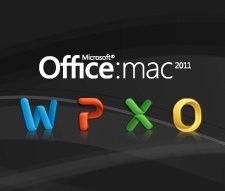 Office 2011 would be available in different editions and pricing to make purchasing decisions easier:

– Microsoft Office for Mac Home and Student 2011: Includes Word, PowerPoint, Excel, and Messenger and is priced at $119 for a single install or $149 for a Family Pack allowing up to three installs in a single household.

– Microsoft Office for Mac Home and Business 2011: Includes Word, PowerPoint, Excel, Outlook, and Messenger and is priced at $199 for a single install or $279 for a Multi-Pack that allows a user to install Office on two of their Macs.

– Microsoft Office for Mac Academic 2011: Includes Word, PowerPoint, Excel, Outlook, and Messenger and is available for higher education students, staff, and faculty, with a single install priced at $99. This academic version may only be purchased from authorized academic stores or direct from Microsoft.

Like all Office versions, Office 2011 for Mac would be available in 13 different languages which are Danish, Dutch, English, Finnish, French, German, Italian, Japanese, Norwegian, Spanish and Swedish. MacBU worked to expand the global accessibility of Office 2011 and is adding two new languages — Polish and Russian.

Another interesting thing is that that Technology Guarantee allows customers to buy Office 2008 for Mac now and later download Office 2011 for free when it is released.