As expected Microsoft Office 2010 for PC is set for launch on May 12 while Office 2011 for Mac will launched later this year. The development of Office 2011 for Mac is going swiftly as evident from the beta 2 milestone build that has been leaked. The build is marked version 14.0.0.100326. 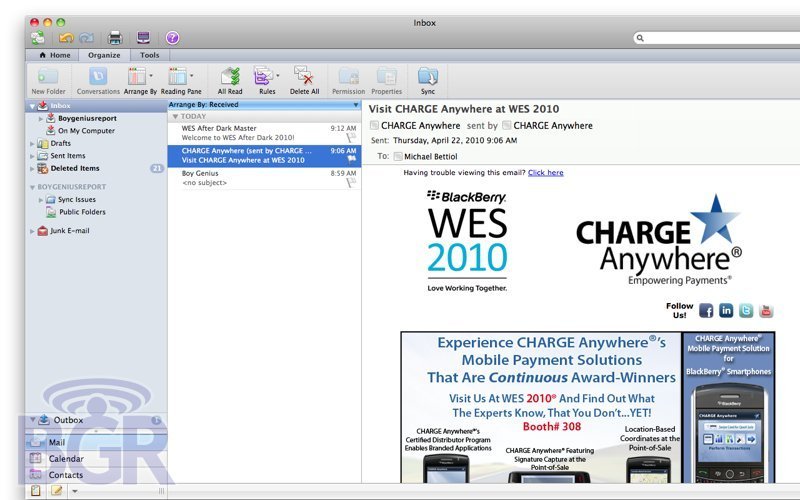 Microsoft Office 2011 for Mac will have many new wonderful features that would give Mac users a better Office experience. It will have features like Ribbon user interface as well as many other UI improvements. Another feature in Office 2011 would be that it will have improved collaboration features and integration with Office Web Apps. With these features you would be able to work your documents, presentation and spreadsheets from any location and also can share these documents with anyone.

We wont be sharing the links for the build, but if you’re curious, you should know where to find them. While we expect you all to be curious to give the leaked Office 2011 for Mac build a try, we would suggest that you stay away from it due to piracy reasons as well as to avoid viruses and other such issues. You never know what’s hidden in those leaked files.