The MacBook Air thermal pad mod has been around for several months now, but not a lot of people have tried it on the 2020 fanless M1 MacBook Air. YouTube channel ‘Created Labs’ decided to try the mod on his MacBook after a few forum users reported a significant jump in performance after doing this mod.

The results were shocking. Not only did the YouTuber notice a huge boost to benchmark tests, but he also experienced a significant increase in render speed. The ten minute YouTube video includes a guide on how to do the mod, tests, and some cons of the mod. 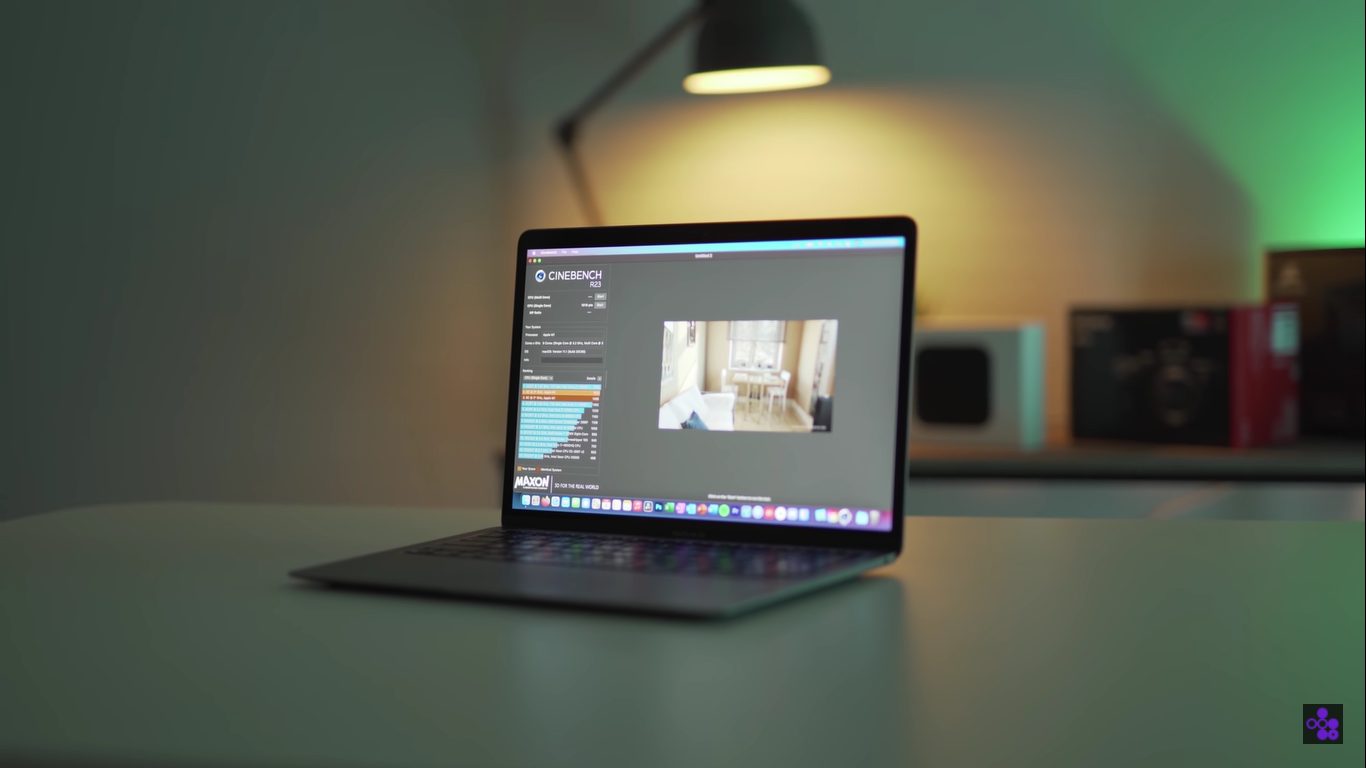 The first thing the YouTuber did was establishing a baseline by performing some tests and taking benchmarks. The temperature was also controlled in the room he was in and the testing was as similar as possible. He also rendered some 8K footage using DaVinci Resolve.

After modding the M1 MacBook Air, almost all the benchmarks showed a very noticeable improvement. However, the 8K video render showed the most significant boost in performance. The footage took 26 minutes to render in comparison to the 36 minutes of the un-modded device, which was a 31% decrease from the baseline testing. 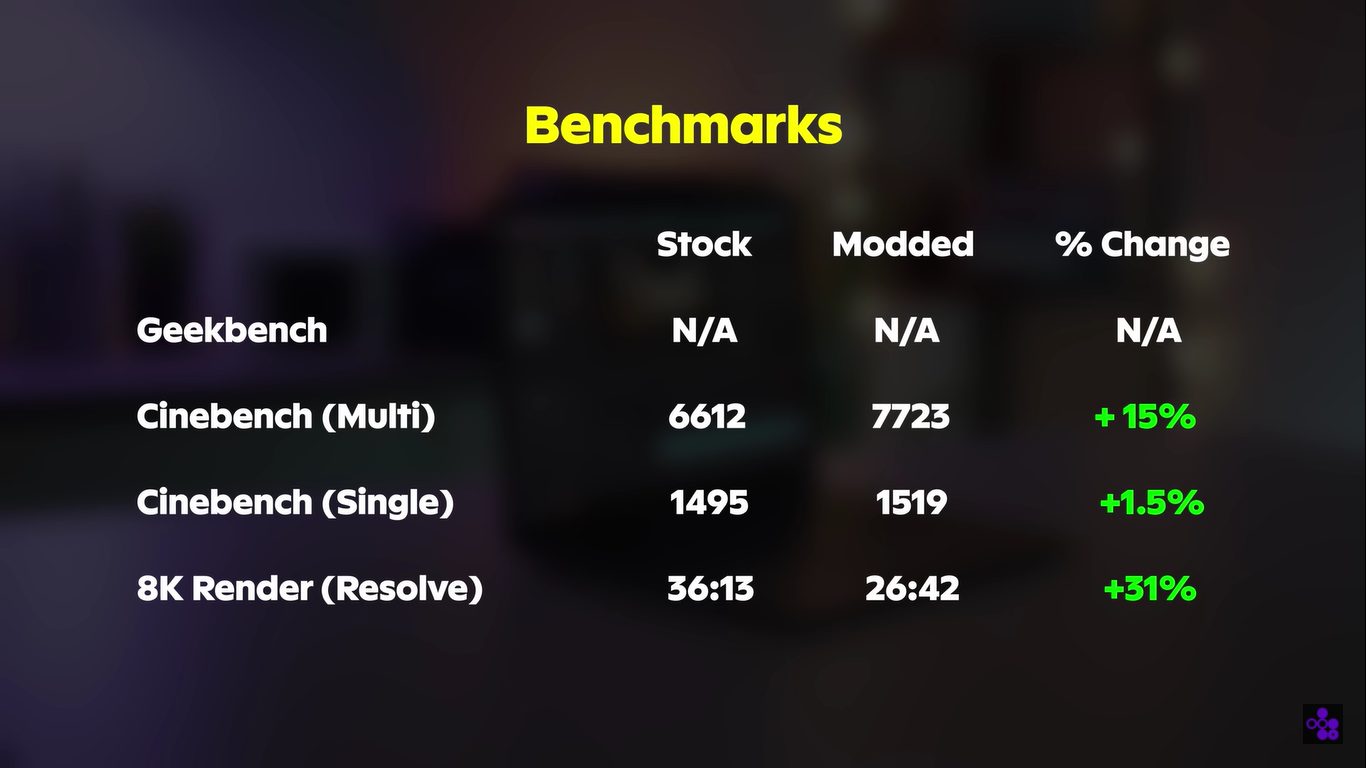 This kind of performance gain can translate to tangible functionality for individuals doing editing, rendering footage, or doing anything that can be burdensome for the M1 chip. Though the increase in performance is significant, you will have to be cautious of the extra heat that may be produced as a by-product of the modding.

The good part about this mod is that it is cheap and can be removed easily at any time. Additionally, you will only be able to feel the extra heat generated by the mod if you are performing an intensive task on your M1 MacBook Air. The YouTuber does state that just based on the touchline, the device is “an easy 10 degrees celsius hotter than it was before,” but it is only hot towards the middle of the device. 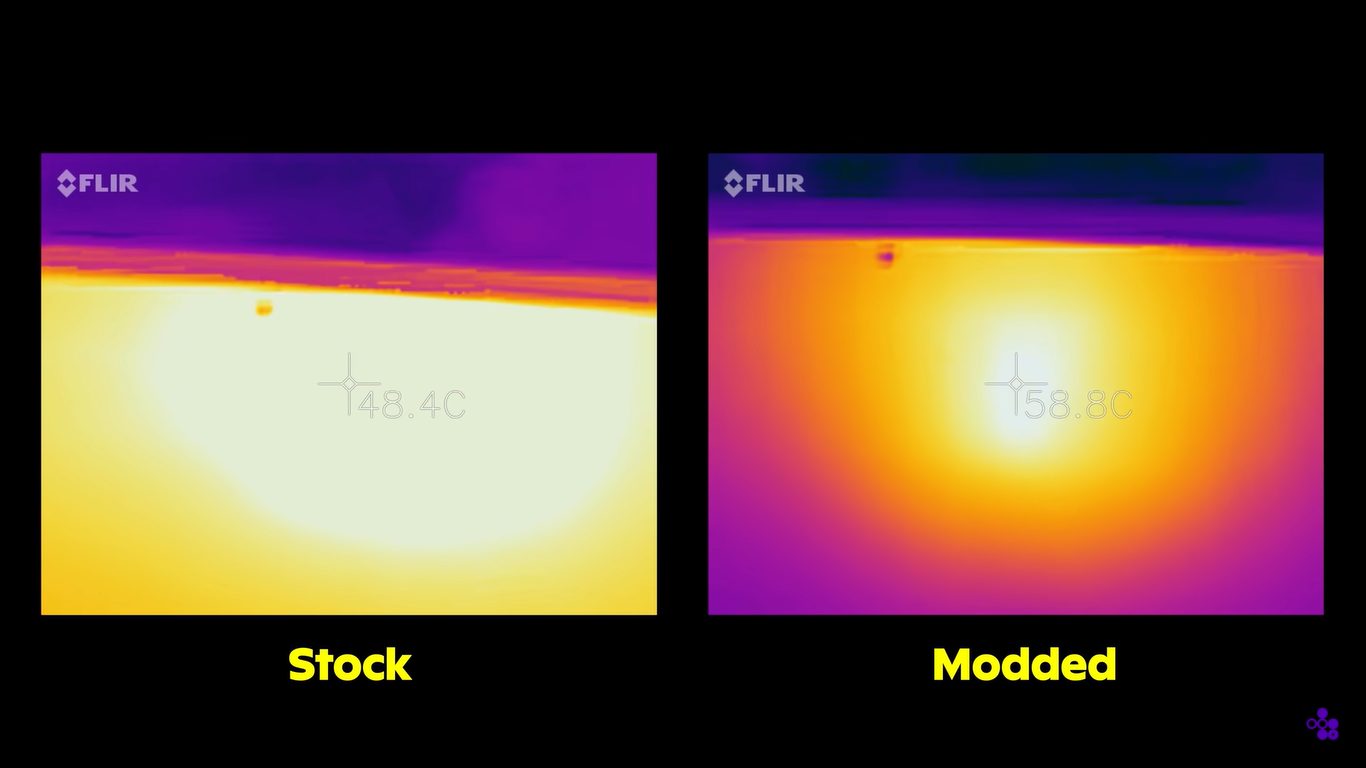 If you intend to try this mod out for yourself, remember that there is a possibility this might void your warranty or it could even be unsafe since Apple did not intend the M1 MacBook Air to be modded this way.