Want a Mozilla app for your iPhone?. Well you might be seeing a Mozilla App listed in the App Store in the upcoming weeks. This interesting bit of information was revealed by Mozilla CEO John Lilly during an interview which was conducted at the Play Conference held at the University of Berkeley.

Unfortunately that was all the CEO revealed. Lilly said:

Mozilla will release an app to the iPhone app store in the next few weeks.It’ll surprise people.

And surprised we are. A question arises about what will that app exactly be. Will it be Firefox, or some other app from Mozilla. If it is Firefox then surely it won’t be getting the approval nod from App Store reviewers. Om Malik thinks that this app is likely to be Weave : a bookmark syncing service by Mozilla. Om came to this conclusion while talking to Lilly and Jay Sullivan, Mozilla’s VP of Mobile. He said:

While we were talking about Weave, I asked them if Weave was going to be part of this new mysterious iPhone app. Lilly and Sullivan smiled and remained silent. Interestingly, they didn’t correct me. 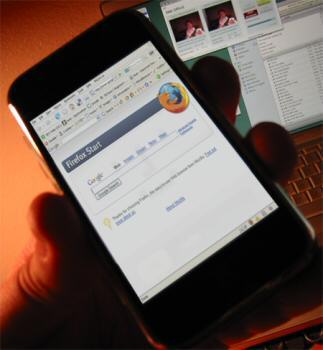