The first time Apple gave the functionality of multitasking in their iPhone and iPod touch was with the introduction of iOS 4. Unfortunately, currently iPad users cannot multi-task since they are still waiting for their release of iOS4. If you are one of these unfortunate iPad users, then rejoice. Multiflow, an app that allows flawless multitasking on your jailbroken iPad and iPhone, has just been released. 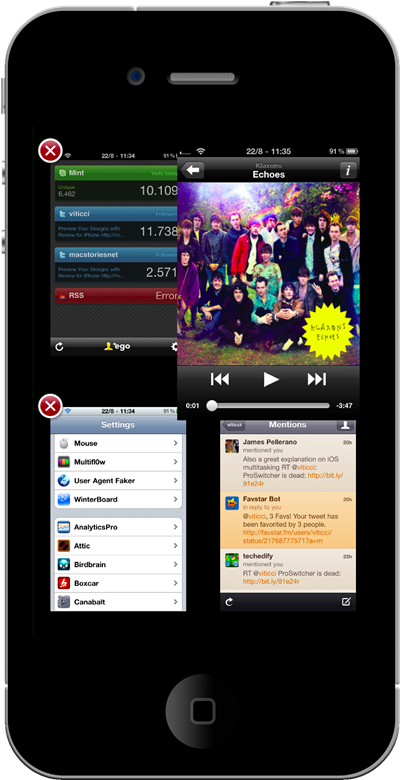 The visual effects of Mutiflow are different from that of multitasking in iOS 4 and if you compare both, Multiflow looks much better. It works smoothly, beautifully and efficiently on all the jailbroken iDevices.

This app is a single purchase of $4.99 on Cydia and if you had already bought it for another one of your iDevices, then you can download it for your iPad without any cost. The app can run nine apps at a time and the iPad version doesn’t work in landscape mode. The default button for switching app is “short hold” on home button but you can change it to double press like in iOS4.

Multiflow is an amazing app for switching apps in your iDevice and it gives you another reason to jailbreak your iPad till you wait for Apple to release multitasking for iPads officially.