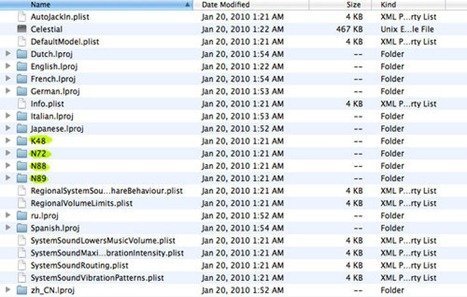 In case you were wondering about the existence of the 4th generation of the iPhone, this is for you. The iPhone SDK reveals everything: The new iPhone is in works, under the codename of N89, 3G S being the N88.

Also, the 3.2 SDK offers options to use VoIPo3G technology, which takes us to think why would Apple do that now?

Well I have two possibilities:

First being the iPhone 4G, and possibly the iPad 2G will have a front facing camera, which with the help of 3G, can be used as a way of video calling.

Second being Apple wanting people to benefit even more by using 3G, encouraging them to buy the more expensive 3G model, thus profiting even more, and providing the consumer with an extra feature, calling over 3G.

Skype is already working on updating their app to benefit from this technology.