Google never lets its Chrome Beta versions go stale, you aren’t done trying out one update and they release a new one. Google, keeping the trend alive, has yet again released a beta version, this time for their latest Chrome 7. The developers version, version 7.0.536.2, gives us an insight into the new features that Chrome 7 might hold. 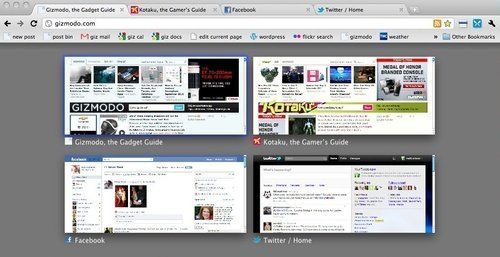 There’s a list of big and small new additions but what should interest you is that Google Instant is now built in for Windows users. Not only that but the new beta has the ability to show all tabs through an Expose-like feature for Mac users and to show all tabs vertically for Windows users. Other features include WebGL 3D Graphics Technology activated by default, and hardware accelerations for CSS transformations.

According to a Chrome team member, we should “stay tuned” for new releases because things are going to be “moving quiet fast.” You can subscribe to the Beta or Dev channels here.