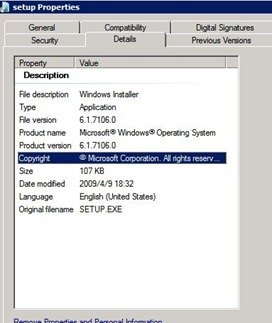 Microsoft really needs to put a lid here! There so called silence over Windows 7 development process has turned into a big fail after having almost 8 builds of Windows 7 leaked so far! After the leak of build 7077, we’re going to have build 7106 leaked in less than 24 hours with both 32 and 64 bit variants. The leaks are coming from China this time, while some of the last leaks have been from Russia. These builds are version marked as following:
7106.0.090408-1623_x86fre_client_en-us_Retail_Ultimate-GRC1CULFRER_EN_DVD
7106.0.090408-1623_x64fre_client_en-us_Retail_Ultimate-GRC1CULXFRER_EN_DVD

Sources say that the Chinese version of these builds will be leaked first. Personally, I’m really annoyed by all these leaks so far. They’ve outdone Longhorn build leaks now!

Update: Turns out it was a false rumor like the one about 7105 possible leak.

Update 2: The build IS out as I had said. And as said, it’s in Chinese. Don’t bother if you can’t read Chinese. I’ll personally wait for the RC, thank you.