Those who are using iPhone since a long time don’t have any problems with its touch keyboard but most people who shift from phones with physical QWERTY keyboards face some issues typing with iPhone initially. Some people also dislike the fact that iPhone does not have any physical keyboard. If you are looking for a physical QWERTY keyboard on your iPhone 4 then the new Nuu Mini Key case for iPhone 4 is just for you. This accessory is worth looking because not just only it provides you with a physical keyboard but also is provides the solution for iPhone 4 reception problems with its case. 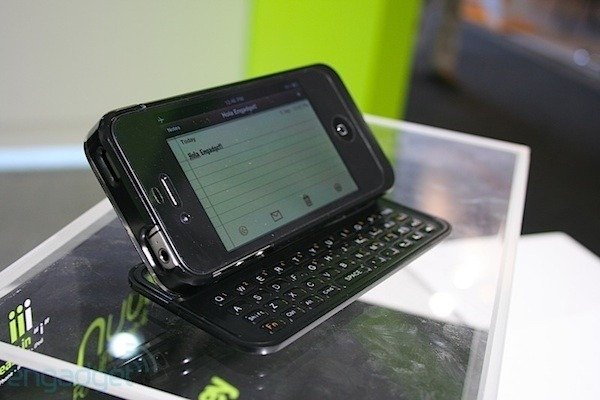 This handy case will make its debut at IFA 2010 in Berlin. The look of this accessory is a little crappy but those who need this for typing faster on there iPhone 4 can compromise a bit on looks. It works over Bluetooth and its keys are apparently hard to press but this problem could just be with its testing version. Even though its size is bulky, it does not have an extended battery pack. It will go on sale by the end of this year for about $60.