A few months ago at E3, Microsoft had announced the new Xbox 360 Arcade which has 4Gb internal storage and a new design with matte shine. Its pricing was revealed after some time and it started shipping in early August for $199. Its bundled price with Microsoft Kinect will be $299 which will be available later this year. Microsoft took a little time but they have finally announced the pricing of a second Kinect bundle which will be available starting November 4th in US. 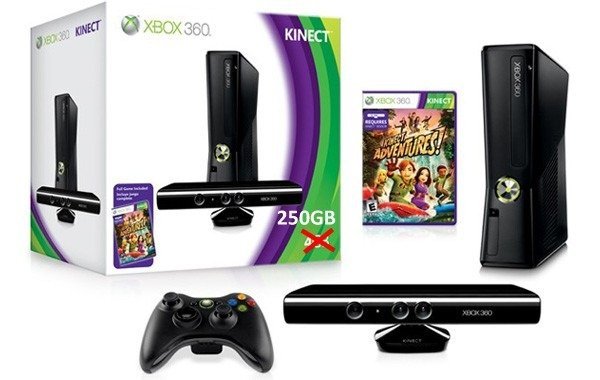 The second Kinect bundle will have a 250GB version of new Xbox 360 instead of 4GB version. The new package shows a 250GB slim version of Xbox 360 with the newfangled motion tracker and a copy of the utterly unmissable Kinect Adventures. The pricing of this bundle looks a bit on the higher side as Kotaku reported that its price would be $399 for the US while Microsoft has confirmed that it will cost £300 in UK.