The Office beta build is very similar to the leaked technical build and contains new icons, installation procedure, social networking features, themes as well as other improvements. Check out Manan’s post for a detailed overview of the changes. 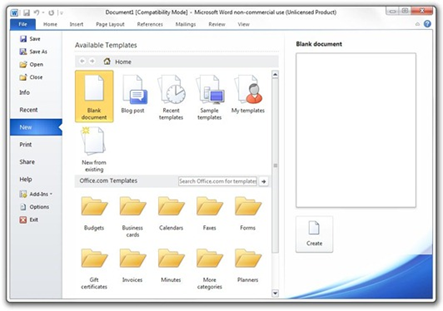 The build number for Office 2010 Professional Plus is 14.0.4536.1000. Download it now if you have an MSDN or TechNet subscription or you can wait till after the PDC keynote when it’s expected to be released to public.