If you have a BlackBerry, and like Twitter, you might have been jealous from your friends with other platforms having good looking twitter clients. Sure UberTwitter changed a lot when it was introduced, but even that has something missing. 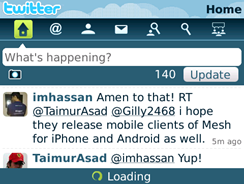 A while ago, RIM was working on the official Twitter app for BlackBerry, and now it’s coming close to the public beta version. From the looks of it, it’s the most advanced Twitter client on BlackBerry, period.

Some of the awesome new features are automatic URL-shortening, easy photo-sharing via TwitPic, push and message list integration (The client sends you a notice when new DMs arrive), as well as search by geolocation.

The public beta will make it’s appearance “later this year” as RIM claims. If you want to be a beta tester, go to http://blackberry.com/twitter and sign up to receive a notification on when the application will be available.

Integrated perfectly with the BlackBerry Platform: 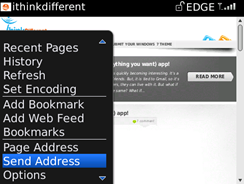 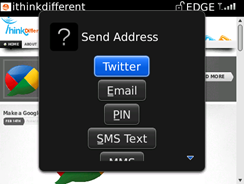 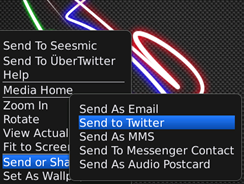 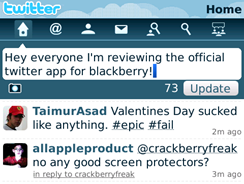 You can easily see who is following you, and manage who you’re following. Access your profile to manage both lists. 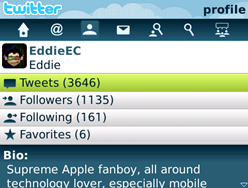 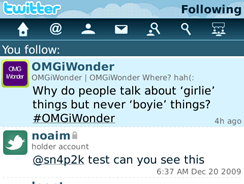 if you need to talk to your followers, you can send a direct message by going to your Twitter inbox or through your BlackBerry message list. 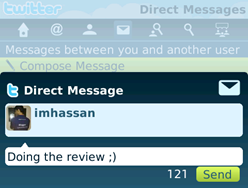 You can use the search for people to find and follow new people. 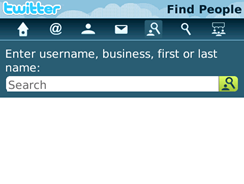 Find out what is being said around you, using the geolocation search filter! 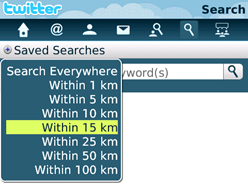 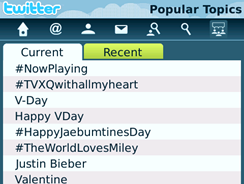 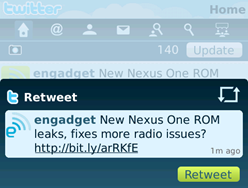 As I mentioned above, it’s not available for the public currently, so make sure you sign up at http://blackberry.com/twitter if you want to be notified when the public beta will be available.

It’s an awesome twitter client, but it lags. What do you expect from an unreleased application in beta stages?