Microsoft has announced Windows Phone 7 Series at Mobile World Conference today and it has taken the tech community by storm. Even Engadget has a very positive review about the operating system so far. It’s clean, simple and flashy at the same time. The usability of the home screen beats anything that Apple has to offer with their bland and outdated ( almost 3 years old to be exact ) home screen concept. Expected to be available on handsets by holidays this year, Windows Phone 7 Series is a huge jump in smartphone innovation, something that happened the last time in 2007 with the iPhone and to some extent with Palm’s Web OS. 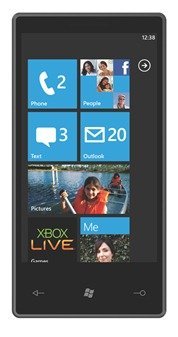 Windows Phone 7 Series also targets iPhone’s biggest flaw, which is that it provides less or almost no information on the home screen. You can’t have 2 software/services working in parallel in the iPhone. I’m not just pointing out to the ability to have applications run in the background but to work in combination with each other. The iPhone home screen only belongs to Apple, developers get nothing but applications icons and badges on it. While in Windows Phone 7 Series, different tiles on the home screen present a huge amount of information for quick access at the touch of your fingertips. These tiles are customizable, both by users and developers alike. There is social networking built right into the operating system, something the iPhone has never even considered. The animations aren’t there just for eye candy, they actually improve the usability of the OS and provide important helpful visuals for the tasks at hand.

As rumored and highly demanded, Zune software and services are integrated into Windows Phone 7 Series. What this also means is that Zune should be finally going global by the end of this year. How early they allow the services to be accessed globally is something we don’t know yet. Music and Videos will be available for download from the Zune Store so your Windows Phone will be the hub of your digital media.

Speaking of hubs, Microsoft has introduced this new concept of pages called hubs that connect to web services, apps, contacts and other items. These hubs look like pages out of the Zune Desktop App which seem to have been cropped for the smaller screen space on phones. Hubs are one of the reasons I believe that a Tablet is highly possible ( and would be awesome ) with Windows Phone 7 Series. It will really fit well in a larger screen size where everything completely fits on the screen. Let’s take a look at the hubs that were demoed today at Microsoft World Conference.

The music+video hub is probably the easiest to recognize if you’ve used a Zune HD or even the Zune Desktop software. Strangely, the marketplace for apps seems to be integrated into the music+video hub ( and kind of out of focus ). Microsoft didn’t mention or demo the apps marketplace or even any 3rd party app during the keynote today but told us to expect more on that front at MIX10 in March.

The people hub isn’t your ordinary contacts app. It’s a radical departure from what we see on other phones in a very good way. Social profiles of contacts are deeply integrated thanks to Windows Live in the people hub, so you can see the latest updates from someone’s Facebook account and interact with them. 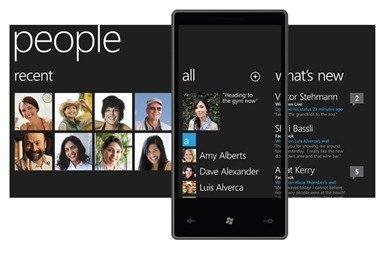 Pictures hub is again a cross of the Zune Desktop UI and Windows Media Center. Sharing pictures and videos on the web is quick as well digital media of contacts can be accessed from right within the hub. 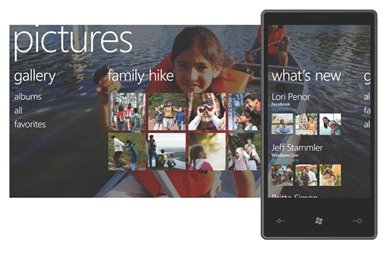 This has to be the best version of Mobile Office to date. It has OneNote ( no idea if handwriting recognition is supported ), Documents support as well as SharePoint. Great for business users as well as students looking for their Office fix on the go. 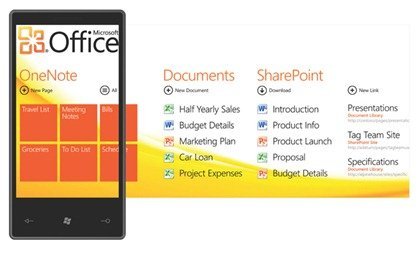 Although no games were demoed, it’s great to see Microsoft serious on the mobile gaming front. Gaming is one of the powers of the iPhone and its App Store. Microsoft has integrated Xbox LIVE in Windows Phone 7 Series which focuses on playing games with your friends rather than playing them alone. It features the same features you’ve come to love with Xbox Live on Xbox 360.

Windows Phone 7 Series has Internet Explorer with the same core as the latest desktop variant, version 8. Not much is known about it except that it contains multi-touch and allows visual bookmarks. Will developers love it? We don’t know yet.

This is the first mobile operating system that beats the iPhone’s Mail app. It contains a mobile version of Outlook that is great to look at as well as to use. 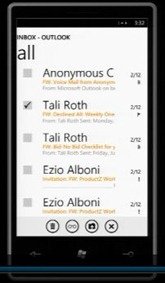 Would you believe it that Microsoft has actually integrated Bing way better in Windows Phone 7 Series than Google has integrated their search capabilities in Android? Microsoft has eliminated the need of copy-pasting to a great extent by integrating Bing into every app. It allows you to search using web, images, maps etc thanks to its context sensitive nature anywhere in the OS. If there’s anything you can take from this, it’s that Microsoft is actually leading in search engine innovation and not Google.

Here’s a detailed and lengthy hands-on demo by Corporate Vice President of Windows Phone Program Management Joe Belfiore over at Channel 9. The following features are demonstrated in this video: