Final version of Paint.NET 3.5 has just been released and is available for download. Paint.NET is a free image and photo editing application that is designed to run on Windows platform. The freeware contains all the essential features such as crop, rotate, resize, color adjustment and much more. Paint.NET 3.5 final release brings support for Aero in Windows 7 and Vista, a revamped UI, a few bug fixes and much more.

The features that the final version of Paint.NET 3.5 brings include: 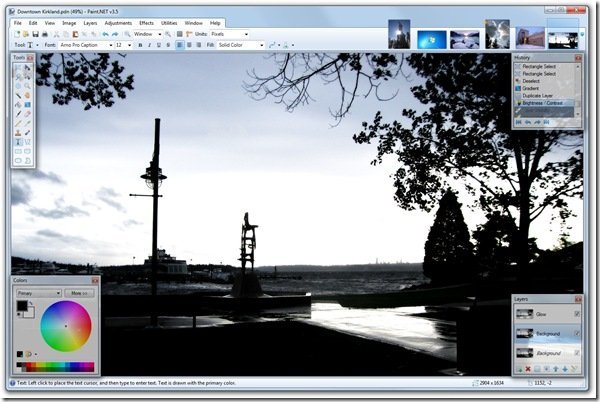