A new patent granted to Apple by the U.S Patent and Trademark Office reveals that the company is working on introducing haptic feedback technology in future MacBook. As per the filing, several discrete haptic output regions would be placed throughout the laptop’s body.

Haptic is 3D touch technology that creates an experience of touch when force, motion, or vibration is applied like in iPhone models. In 2013, Apple was granted a haptic feedback patent for multitouch surfaces, “Method and apparatus for localization of haptic feedback”, using actuators under multitouch screens gives vibratory feedback when touched. And now, the company is looking to expand the technology to future MacBooks. 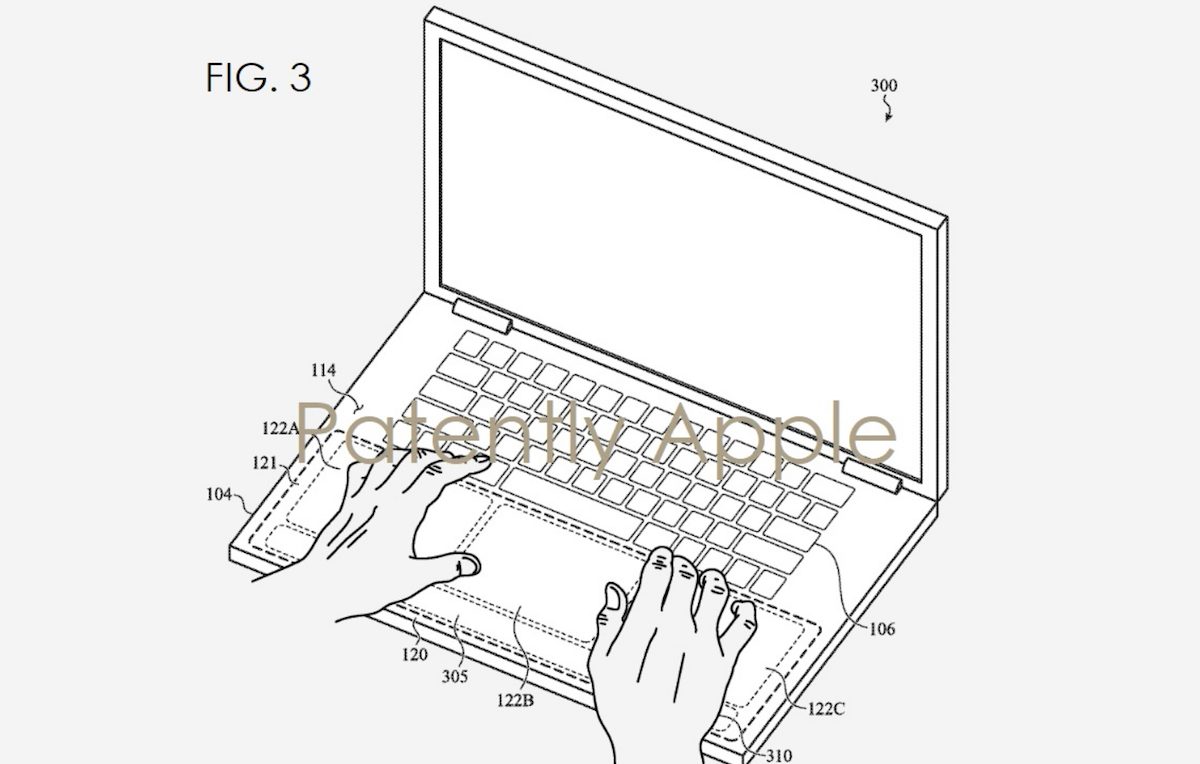 Using Taptic Engine in one or more input areas, the new devices will provide localized haptics.

“Spatially localized” haptics (or haptic output) generally refers to any haptic signal, e.g., haptic output, that is tactilely perceptible to a person touching a particular active region of the electronic device, but imperceptible outside that region. 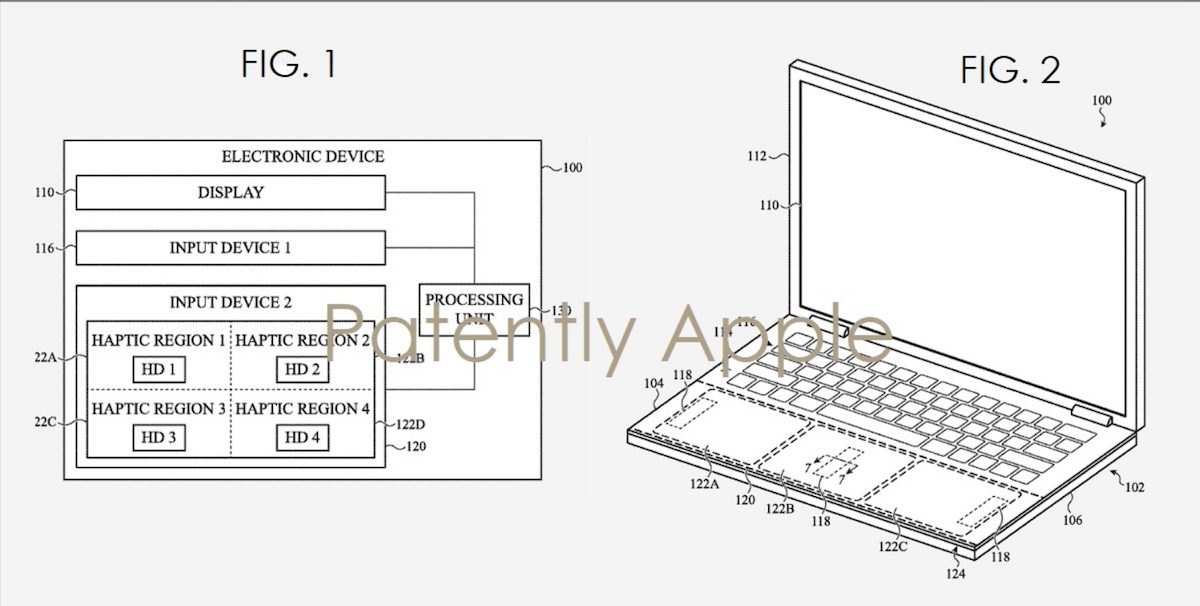 Furthermore, the filing details that each region will provide individually localized haptic and will respond to finger touch or force.

In many embodiments, an input area is configured to be manipulated by, or contacted by, a user’s finger exerting a touch or force. For example, a user may provide input to the input area through one or more fingers of both hands.