The U.S Patent and Trademark Office granted Apple a new patent which reveals a set of new features for MacBook models. In the future, MacBook might ship with a virtual keyboard, a virtual interface, an iPhone charging pad, and more.

Apple might be exploring options to replace physical keys with a virtual keyboard and interface to offer more options for users like gaming, drawing, touch navigation, and charging space. Previously, the company was granted patents to wirelessly charge an iPhone or Apple Watch with an iPad or MacBook, to expand haptic feedback to MacBook, and for a solid-state keyboard for the laptop. 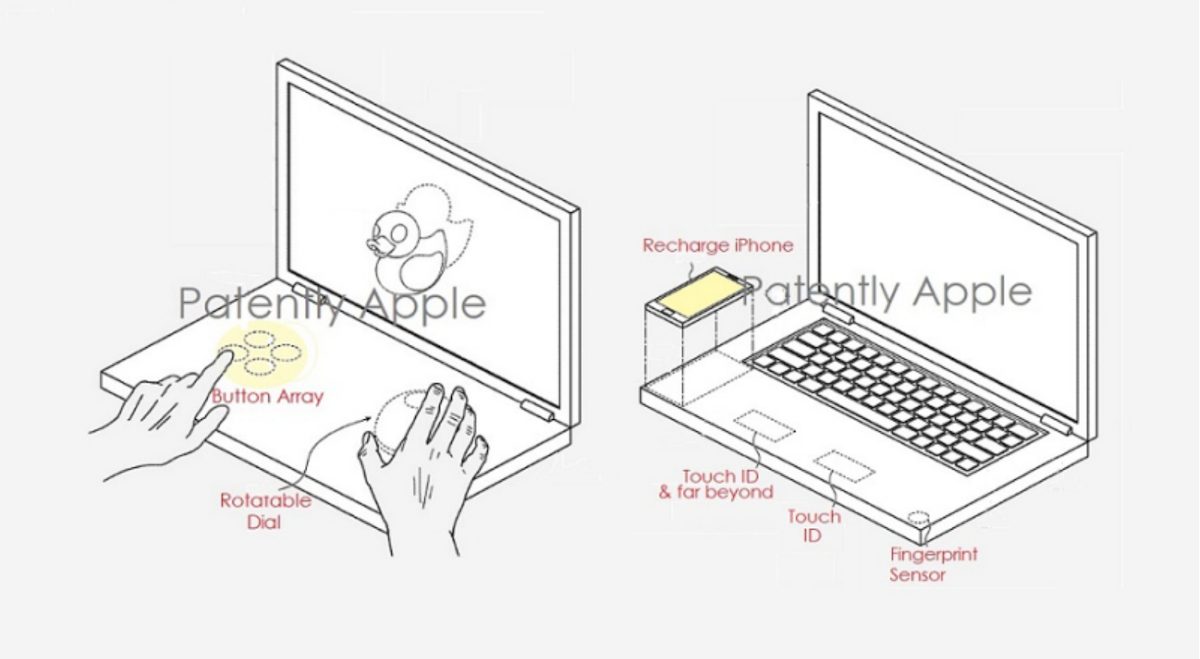 It is explained that a virtual keyboard could introduce new features or functions. For example “a space bar may be capable of receiving traditional key inputs as well as gesture inputs. When the user applies a touch gesture to the spacebar, as in sliding a finger or thumb along a path, it may result in a user accepting a suggested spelling of a misspelled word in a word processing application or other text input field.” 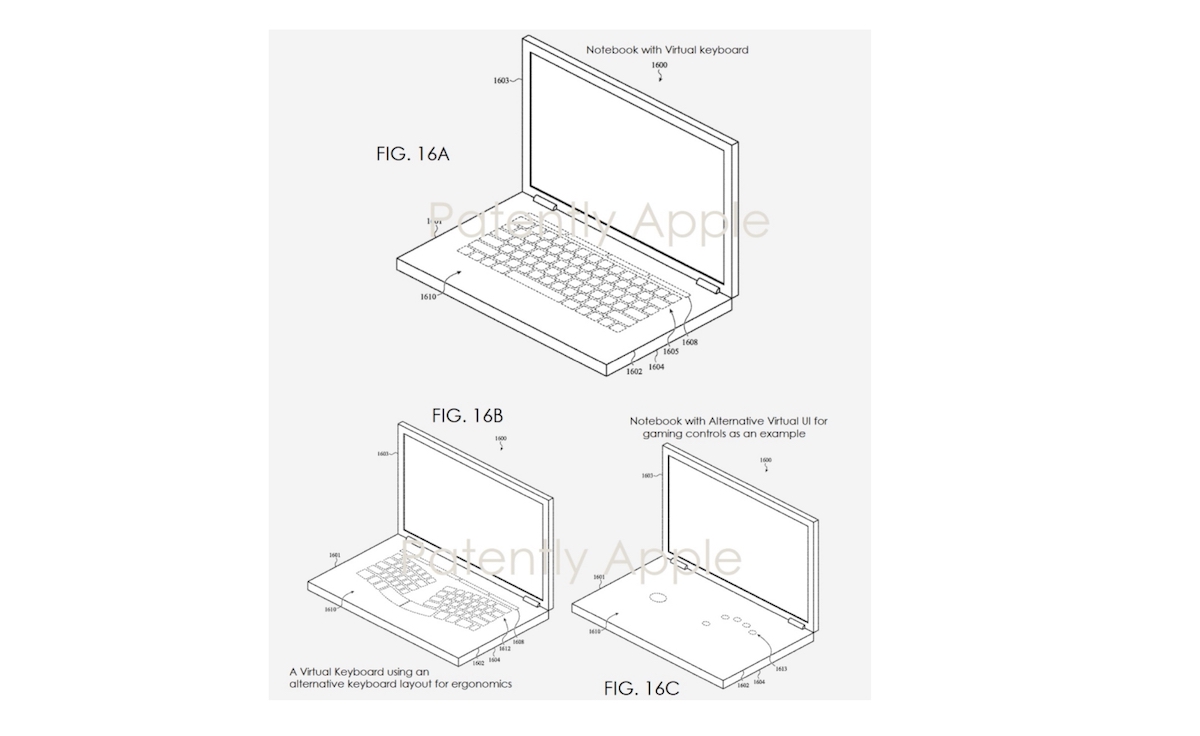 In addition, the filing includes a MacBook with dual-display to “use the virtual keyboard area and use another available user interface that could double as a game controller” and a wireless charging pad.

The notebook will be equipped with biometric, and fingerprint sensors to deliver the ultimate gaming experience on separate virtual UI and keyboard.

The biometric sensors may also use any suitable sensing techniques, such as optical sensors (e.g., photoplethysmographs, cameras, etc.), capacitive sensors, or the like. The biometric sensors may also include facial-recognition sensors, which may include cameras, lenses, projectors (e.g., microdot projectors), infrared sensors, and the like, which may also communicate through the top case to provide facial recognition functionality.

How do you like the proposed concept designs? Keep in mind that Apple files for multiple patents in a year and some of the suggested technologies might never be developed?