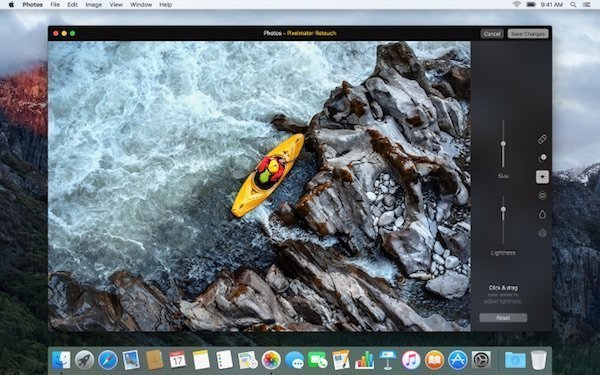 The new Quick Selection Tool makes it easy to select the most challenging areas in images. Smart Edge Detection, a new algorithm in Quick Selection tool allows to highlight and select complex objects with only a few brush strokes. The new Magnetic Selection Tool lets users trace objects easily and precisely. It locates the edges of an object and automatically and accurately snaps around them. Last, but not the least, the new Retouch Extension brings the power of Pixelmator to the Photos app.

The new update also includes a number of performance improvements and bug fixes. Most of the performance improvements will be noticeable in OS X El Capitan, where
claim to have improved things like the Stroke effect and selection resizing by up to 15 times. Other tools are also much precise and smoother to use. You can read the detailed list of updates here.

Pixelmator 3.5 Canyon is available as a free update for existing users. New users can purchase it for $29.99 from the Mac App Store.