Sony might have thought their move to sue GeoHot would put some sort of brakes to the jailbreak doom its beloved gaming console is currently facing. Unfortunately for Sony, the latest PlayStation 3 firmware v3.56 got hacked in just 24 hours after its release. The custom firmware genius KaKaRoToKS, who was behind one of the first 3.55 custom firmwares, has already released the signing keys for 3.56 meaning custom firmware is soon to follow. 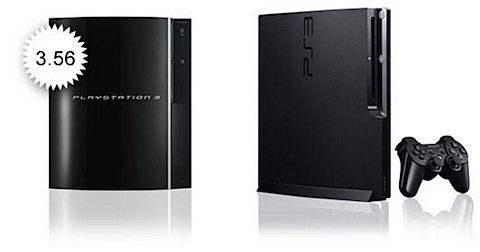 However, it seems that the custom firmware for v3.56 won’t be that easy to build. According to Engadget:

We’re hearing that new custom firmware isn’t on the table quite yet, because Sony changed most of the locks, and is reportedly actually storing the all-important ECDSA private key with random-number cryptography this time around.

In case, you’re one of those who prefer PSN over homebrew, you can download official PlayStation 3 firmware v3.56 via the direct link below. And if you only want PSN access, you can do so by staying on 3.55 custom firmware using this simple DNS trick. Be warned, if you do upgrade to 3.56, there’s no easy way to downgrade yet.

DISCLAIMER: The above post is for educational purposes only! ithinkDifferent does not condone piracy or hacking  in any form. It is a violation of the Terms of Service and in some cases be considered illegal.