Mark your calendars! Niantic has announced in a blog post that Pokémon GO Fest will be taking place on July 17 and July 18, 2021, in Pokémon GO. During these two days, trainers from around the globe will be able to participate in this community event to meet other players, participate in challenges, and earn special rewards. 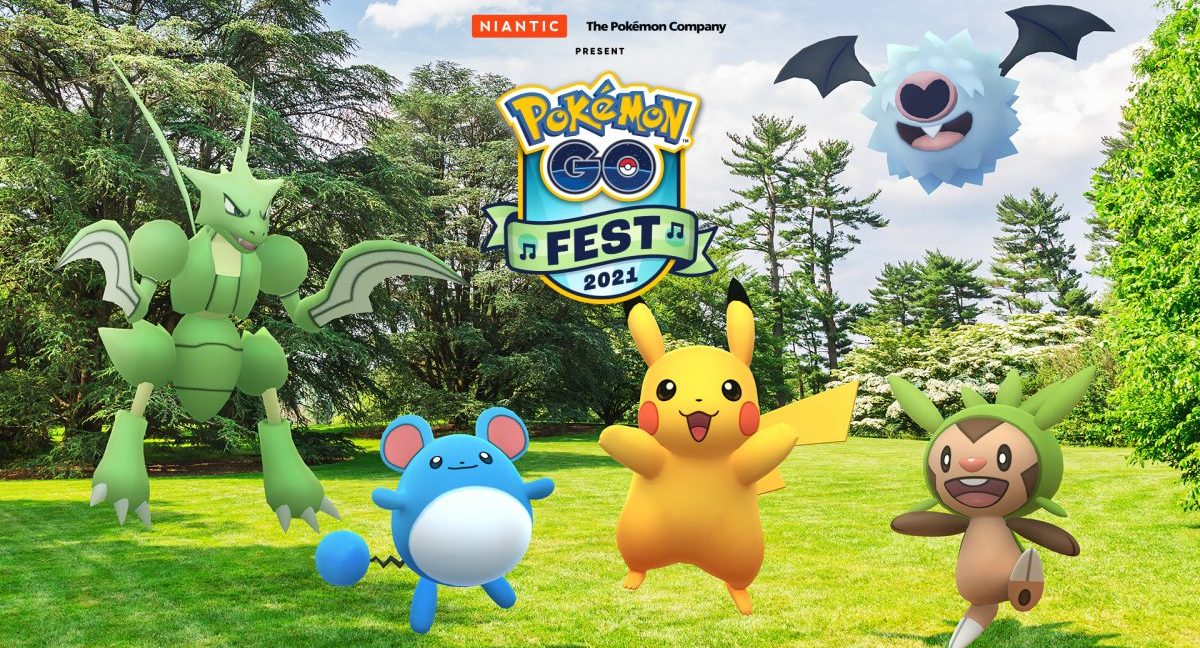 Announcing the dates for Pokémon Go Fest 2021 through a blog post and also via Twitter, Niantic said that this year’s fest will return as a “two-day global event from July 17 to July 18, 2021.” According to the blog post, last year’s virtual format saw Trainers from around the globe working together to complete challenges, unlock rewards, and defeat Team GO Rocket.

🎊 #PokemonGOFest2021 will be a two-day global event from July 17 to July 18! 🎊 We can’t wait to show you what’s in store. https://t.co/L0fcETooMj pic.twitter.com/jljTUQBE1h

This year’s promotional image does feature musical motes and Niantic made point of emphasizing the word tuned in the blog post, so it’s possible this year’s event could have a musical theme. Since 2021 also marks the twenty-fifth anniversary of the beloved Pokémon franchise, the event could celebrate its history.

Niantic has not specified whether this summer’s GO Fest will be an in-person or virtual event. There has also been no mention of the pricing for this year’s event. Last year, a $14.99 Pokémon Go Fest Ticket allowed players to participate in the event’s Special Research project, which unlocked the Mythical Pokémon Victini.

Since 2017, Niantic annually hosts Pokémon GO Fest as an exclusive summer event over the weekend at various selected locations as a face-to-face community-building opportunity and chances to earn special rewards. In 2019, individual Fest events were held in three cities in the United States with over 600,000 attendees. It has been reported that in 2019 the Pokémon GO live events generated $249 million in tourism revenue. The event helps to increase trainers’ interest and engagement in the game.