Apple’s MacBook line is without a doubt the top of the line laptop available to any user. They are feature rich, built great and are always on the cutting edge of technology available. The one and only thing that may be missing is a built in 3G modem for superior wireless capabilities. However, back in 2008 Steve Jobs told USA Today that he didn’t add the 3G functionality to the Macbook line because it created more complexity for engineers and locked users into using only once carrier.

Air does not come with the built-in ability to connect to a speedy wireless data network run by various cellular carriers. Jobs told me last week that Apple considered it but that adding the capability would take up room and restrict consumers to a particular carrier. Through a USB modem, he says, you can still subscribe to wireless broadband with your favorite carrier. 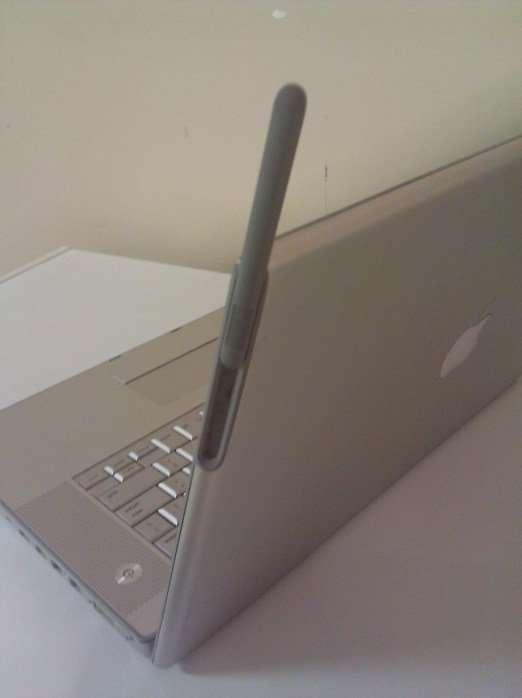 An eBay auction popped up today showing what appears to be a Macbook Pro prototype from 2007, with an integrated 3G antennae. The seller says that he bought it on Craigslist in non working order, for parts. However, upon receiving it, he realized that this was no ordinary Macbook. The seller was able to get the machine into working order, however the 3G is not working. The computer is being sold “as is” but just knowing a machine like this even exists is pretty sweet.

The internals of the computer have even more mystery, with a red motherboard that is typical of Apple prototypes. There is a port for a SIM card with an ANT2USB card, that would support both T-Mobile and AT&T bands here in the US.

We’re not sure if Apple is still going to be working on implementing this technology in there new Macbooks but we can only assume that this would become a possibility. Many manufacturers already build laptops with built in 3G cards and Apple already uses AT&T as well as Verizon for it’s iPads and iPhones as carriers.