Just when you thought that the patent wars couldn’t get any crazier, Google, out of nowhere, announces that it is acquiring Motorola Mobility ( Motorola’s mobile division only ) for a whooping $12.5 Billion! Before you can say that out completely, let us tell you the single reason behind this acquisition: Android. Or ‘supercharging Android’ as Google puts it.

Google has done what no one could have predicted through out all the patent hoopla that has been going on in the recent past, more importantly the much publicized spat between Google and Microsoft. Acquiring Motorola provides Google a totally of 17,000+ patents with 7,500 pending. That’s a huge number of patents as Motorola has been in the industry for a long time now.

Motorola has been one of the earlier Google partners for Android and have shipped quiet a few phones called Droids with some of them even having sequels. While Motorola’s Android handsets aren’t as well received in the public as HTC or Samsung’s, Motorola is a major player in the US cellular market. To prove this as true, the latest figures show that Motorola actually sold more feature phones than smart phones recently. To put this into perspective, we don’t even know about Motorola’s latest feature phones but we’re fully aware of their smart phone portfolio. 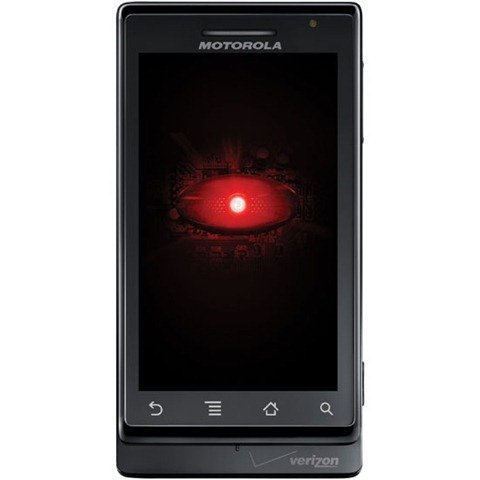 Despite the acquisition, Google doesn’t seem to be aiming at becoming a software+hardware manufacturer. Motorola will still be treated as a separate business and a licensee of Android while at the same time keeping Android ‘open’. Motorola had recently shown interest in producing Windows Phone 7 devices so we are not sure how this will affect that decision now.

This acquisition will not change our commitment to run Android as an open platform. Motorola will remain a licensee of Android and Android will remain open. We will run Motorola as a separate business. Many hardware partners have contributed to Android’s success and we look forward to continuing to work with all of them to deliver outstanding user experiences.

Google is using this acquisition to once again point fingers at Microsoft and Apple and their anti-competitive patent attacks at Android OEMs. Google is bent on believing that Microsoft and Apple should stand and watch while their intellectual property rights are blown away to bits and Google is allowed to use their innovations in Android and give it away for free. Microsoft and Apple have years and billions worth of research going into their patent portfolio and here at iTD, we believe in respecting that instead of stealing them in the name of ‘open’. Google had previously cried foul on the Nortel patents sale as well.

It is yet to see if this acquisition will be helpful to Google in fighting off Oracle’s lawsuit as well for patent and copyright infringement involving Java against Android. In the past, Apple had also sued HTC due to patent infringement – this was the first time Android came under attack for patent or lawsuit infringement. Microsoft followed up by suing HTC as well while Apple has sued Samsung and actually halted their sales in certain countries through court orders.

One thing is clear for now – whether this deal proves to be any improvement for Android ( let’s be honest – Motorola created MotoBlur and hasn’t updated a huge number of their smartphones to latest Android versions ), Google surely has a lot more arsenal under their belt to face Microsoft and Apple with in courts.