This is something that I always wanted. A qTweeter app for Windows which would let me update my Facebook and Twitter status without leaving the desktop. For those of you who don’t already know, qTweeter is a popular jailbreak app for iPhone/iPod Touch which runs in the background and lets you update status messages, post pictures, share webpages and the songs you’re listening to. Thanks to qStatus for Windows, all this functionality is available in a desktop app that looks good and works well too. 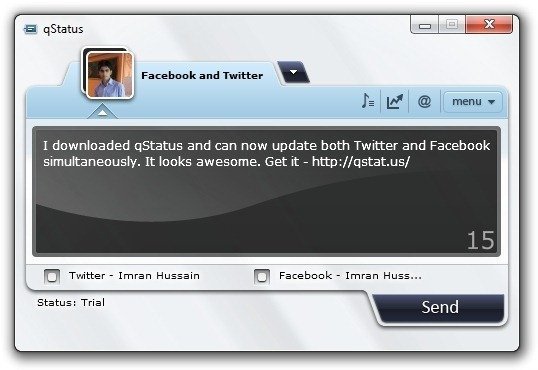 The app has been developed by the same guys who made qTweeter, so if you use it on your iPhone, you’ll love qStatus. The app runs transparently in the background and can be invoked by pressing ‘Win key + S’. Then you can either update your stats, or attach pictures and videos and even check out trending topics. It does not replace your current desktop client for Twitter or Facebook, but that’s not what qStatus is all about.

Here’s the complete list of features that qStatus offers: 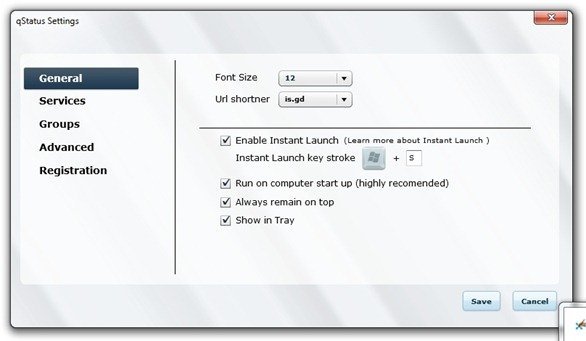 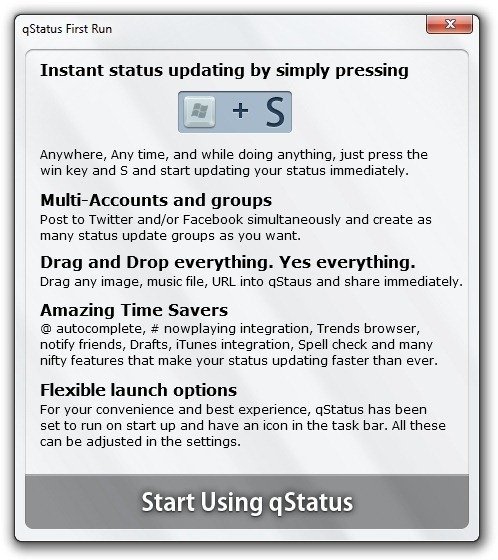 qStatus is available for only $2.95 per year, which is a steal in my opinion. There’s also a free version available so you can try it out before buying. qStatus works on Windows XP, Vista and 7. It’s a must have application for all social media junkies who use Windows.