Quibi Holdings has launched Quibi app for iPhone and Android. It is a mobile exclusive video entertainment service with playback time of no more than 10 minutes per episode for all shows. The service brings a variety of original content staring big Hollywood celebrities, like Jennifer Lopez, Chrissy Teigen and more. Quibi is available for $4.99 monthly subscription with ads and $7.99 monthly subscription without ads, and is launched in partnership with T-Mobile. 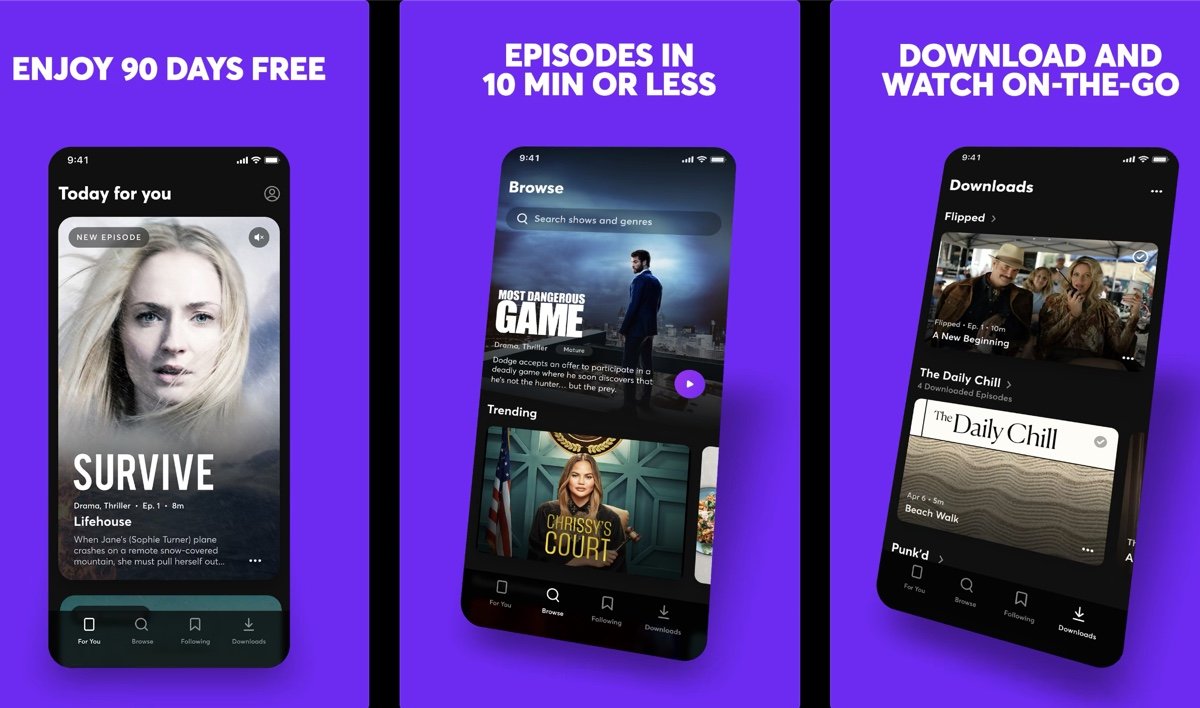 Unlike any other video streaming service, Quibi has designed entertainment around today’s viewers busy schedules. The concept behind up to 10 minutes episodes is that subscribers can squeeze in an episode or two in between breaks during work or at home, when their kids are asleep, during coffee breaks, while waiting at a saloon or in the car.

The app has a unique ‘Turnstyle’ viewing, which plays video horizontally and vertically. The Verge reports that the creative process turnstyle feature went through is impressive because as the viewers will switch from landscape to portrait mode and vice-versa, they will notice varying shots and angles with optimized text. Besides shows, the app also offers other types of content ranging from food and news to documentaries, sports, dramas and more.

Quibi is a massive $1.75 billion investment with a lot of big names on air: Megan Rapinoe’ show, Shape of pasta featuring Nonna, MTV Singled out with Keke Palmer, Thanks a million show featuring Nick Jonas’ episode and Reese Witherspoon’s Animal Kingdom are a few shows available on the service. Other than that, stars like Ariana Grande, Queen Latifah, and Lena Waithe took to Twitter to congratulate Quibi on launch and to cheer it on.

We’re excited to be the exclusive wireless partner of @Quibi. Watch breakout shows made just for your 📲 Our family plan customers can get access to:

This quick video streaming app is focused on delivering and creating big impact in a short time on smartphones. Quibi Holding calls its service the “third generation of film narrative”. Judging on that description, my mind instantly thought of content like the short stories I watch on Facebook. Not denying that I do enjoy those short stories, but will I enjoy 10 minutes episodes of a show? Will such content lose attraction if it doesn’t have enough time to pull viewers in and grab their attention? Well, I will leave that for my next story. For now, Quibi sounds intriguing as it’s unlike any other service I have ever used, including Netflix and HBO.

We will have to wait for the public’s verdict on a mobile only video streaming app with no television and desktop companion apps. It will also be interesting to see if it changes the video streaming industry and how it competes with current services like Apple TV, Amazon Premium, Netflix and others.

As a launch promotional offer, Quibi’s subscribers can start a 90 days free trial immediately. We believe that it is a decent amount of time to decide whether one would want to continue or discontinue the service. Quibi is available on the App Store for iPhone, on iOS 11 or later, and Google Play for free.