Today we announced that Apple released iOS 5 Beta 3 to developers and can be jailbroken using Redsn0w 0.9.8b1 for both Mac and Windows. However, it was later discovered that iOS 5 Beta 3 has an issue with Apps downloaded in the App Store after being jailbroken that causes the apps to crash when opened. 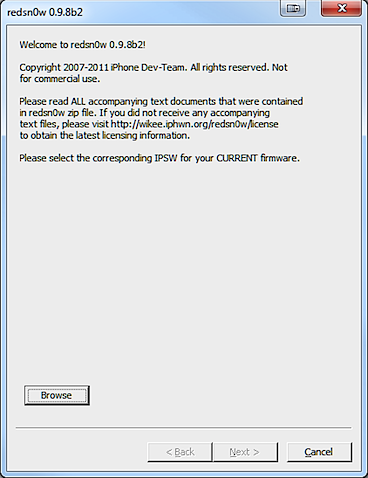 The iPhone Dev Team was quick to hear about this issue and released a fix tonight. Redsn0w 0.9.8b2 was released tonight and fixes the issue with the sandbox when opening apps from the App Store.