iOS 10 brings with it a much wanted feature – ability to delete built-in apps. Users can delete the built-in apps like Mail, iTunes and others just how they would delete any third party app. However, this also impacts the funtionality of iOS, Apple Watch or CarPlay, depending on the app you remove.

Apple allows you to delete almost all built-in apps except the following:

It is very easy to re-install the built-in apps in iOS 10. Simply open up the App Store, search for the app name, for example, iTunes, and press the download button. The app will download instantly. 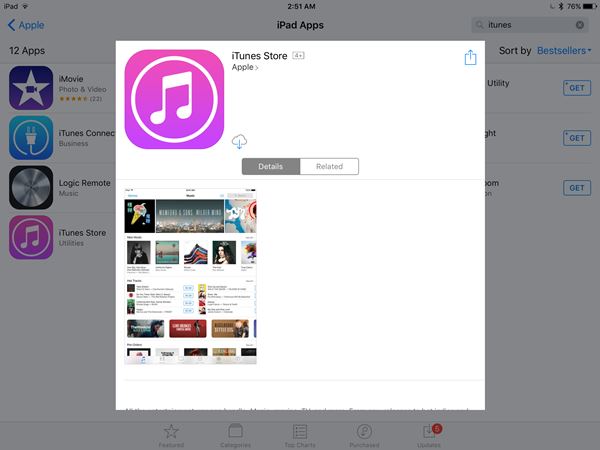 Here is why the built-in apps reinstall instantly: they are never deleted for good. Apple only removes the icon and user data which means they would not work anymore but the binaries for them are part of iOS. Reinstalling the app simply brings back the icon and re-enables it’s system wide access and functionality.

So if you delete the calculator app, its icon will go away from the home screen, user data will be deleted and its icon will also be removed from Control Center. Similarly, if you have apps such as Podcast which work with CarPlay and Apple Watch, they will stop working with these devices. Removing the Apple Watch app would require you to unpair your Watch first because it would not work anymore until you pair it with another iPhone or restore the iOS app.

Remember, the built-in apps use less than 150MB combined so you will not save a large amount of storage space by removing them. Also, despite the apps being installable via App Store, Apple will not be releasing any updates from it. Any updates to the built-in apps will still be part of iOS releases due to the architecture of the operating system.