However, in the U.S the percentage of consumer spending on in-app purchases makes up about 17.6% of the $33 billion spent in 2020. The percentage has declined from the 21% revenue share that was accounted for in 2019.

Revenue generated from in-app purchases increases from $9.7 billion to $13 billion

According to Sensor Tower Store Intelligence data, revenue generated from the top 100 non-game subscription apps made up about 11.7% of the $111 billion that consumers spend on in-app purchases last year, the same case in 2019. In the fourth quarter of 2020, out of the top 100 earning non-game apps, 86 apps offered subscriptions which came down from 89 apps in Q4 2019. 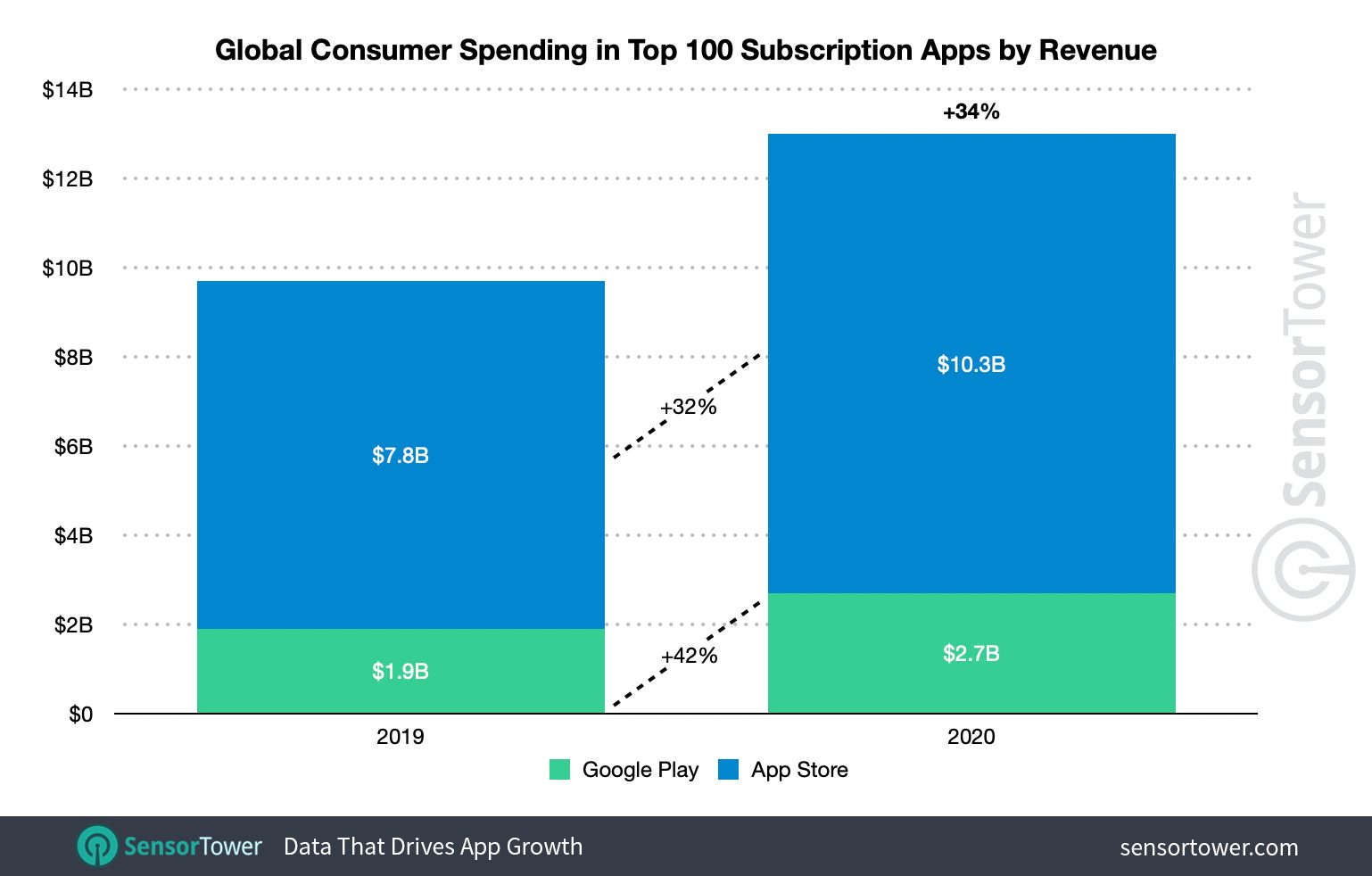 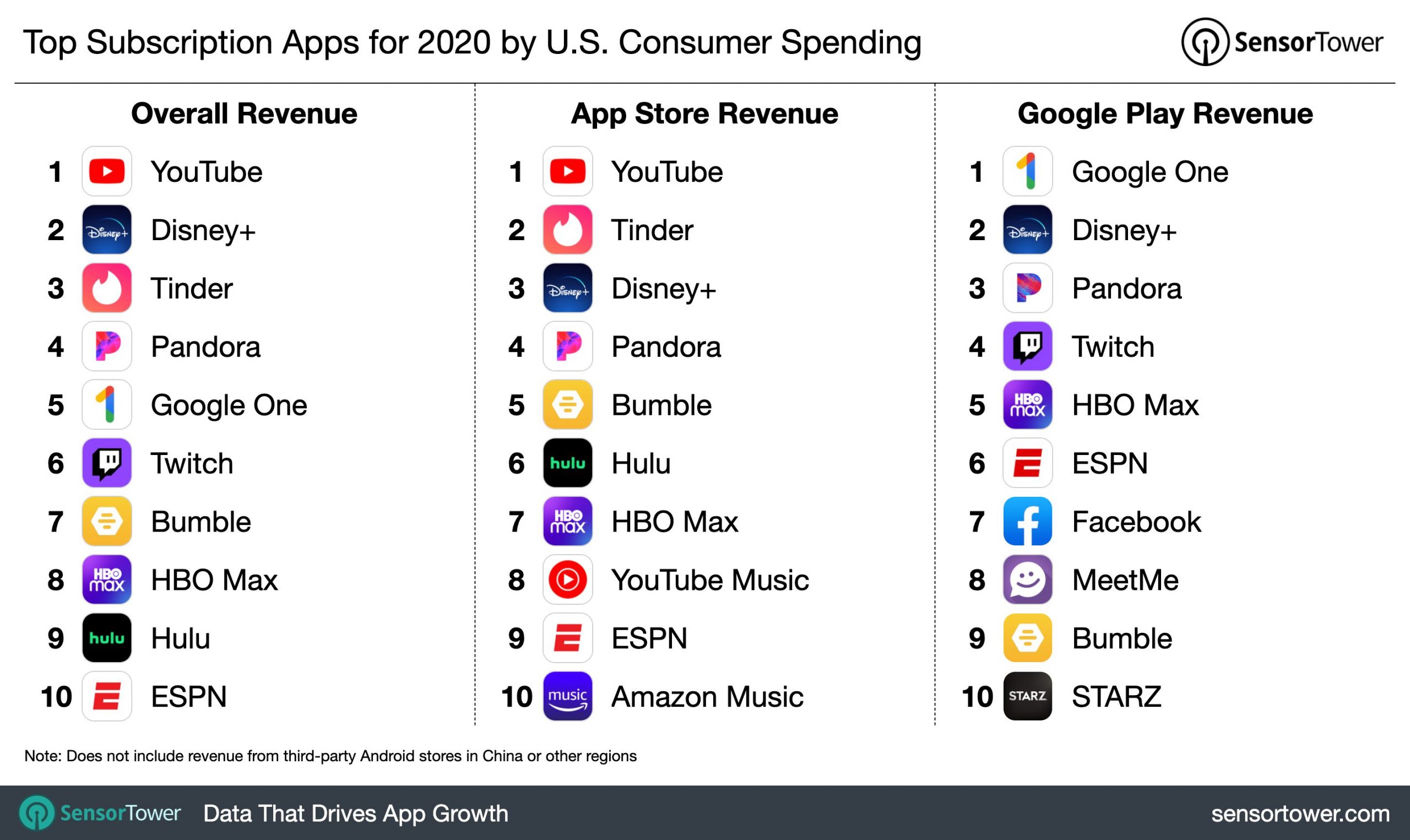