After the launch of season 2 of Apple TV+ psychological horror-thriller show “Servant”, its producer and director M. Night Shyamalan held a video chat with Reddit users called “Ask Me Anything”. In the hour- video session Shyamalan answered a range of questions on the show’s script, future collaborations with Apple, working for TV, and more.

The Servant season 2 premiered on January 15, its 10 episodes will further unfold the mystery and dark past of a Philadelphia couple, Sean and Dorothy Turner, and their nanny Leanne who was hired to look after their son Jericho, a reborn doll. The series stars Lauren Ambrose, Toby Kebbell, Rupert Grint, and Nell Tiger Free. Apple TV+ has also announced season 3 of the show, expected to launch by January 2022. 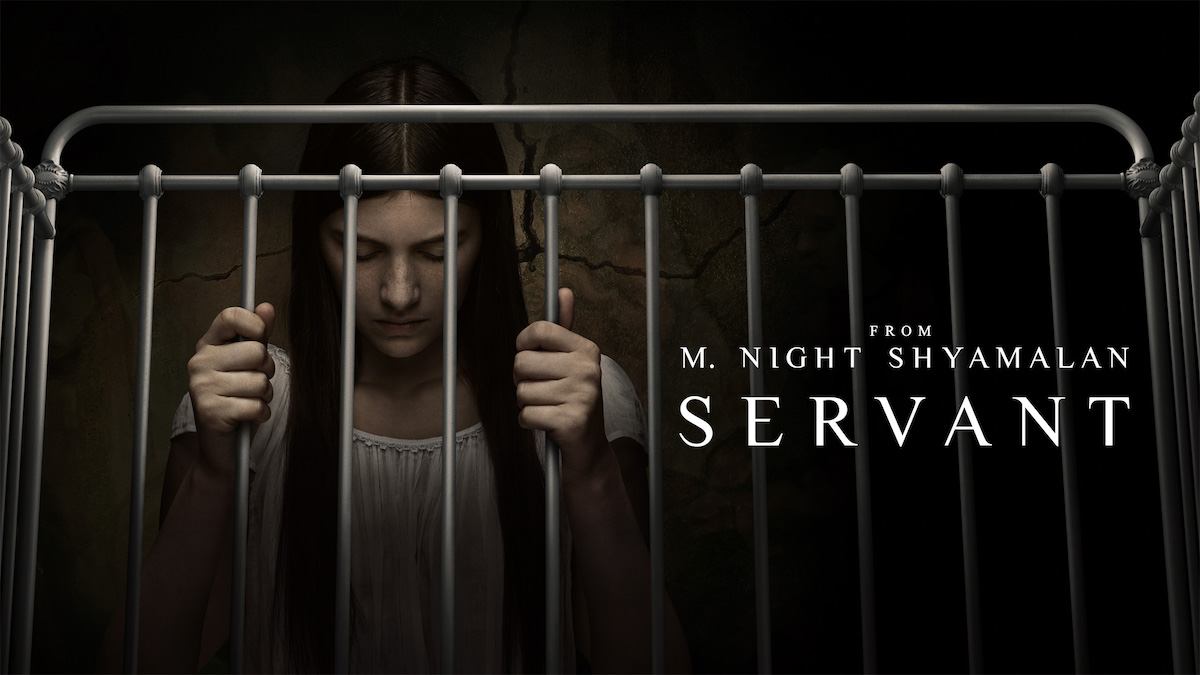 ‘Servant’ director M. Night Shyamalan says that he felt Apple TV+ was the right place for his show

While answering questions on characters, cast, setting, direction, and management of Servant in ‘Ask me Anything’ session on Apple TV YouTube channel, Shyamalan also commented on his experience working with Apple.

Question: How has working with Apple been so far, and if its goo, have you guys considered any other future collaborations?

Shyamalan: So when we’re talking about television of doing some long-form of storytelling, I kept saying to the people in my team and all, that I would love be a part of defining some place to the way David Fincher did for Netflix to kel. When I think of Netflix, the emotions and the colors that I think of, even today, is so colored by what David did with ‘House of Cards’.

So if I could help be a part of defining something for somebody that would be really exciting and to grow with somebody, I don’t mind being the underdog and I don’t mind learning together about how to succeed. In fact, that’s super fun and I used to say that if Apple ever did something, when that’s a company I really respect and this was I would say this five years ago, six years ago.

So when ‘Servant’ came along and we were going to go out to the marketplace, Apple was just deciding to go into this space of streaming. And we met all these wonderful organizations and many of them wanted to make ‘Servant’ and we talked with each of them, they were so lovely and supportive and they said you know we’d love to do this with you and this how we would support you.

But I remember the day, We into the Apple meeting, I got out of the car and I was like please let this go well, this is the one that I wanted to go well. They were so lovely and gracious and said wonderful things about my previous storytelling and about these scripts, that we showed them three scripts. And when I walked our in the parking lot, I turned to my agent and I was like “that’s it where we need to be, please you know make that happen no matter what, that’s where I want to be and I want to be a part of that.”

Maybe its the legacy of Steve Jobs, maybe it’s the company’s kind of value system, kind of simplicity and creativity and originality. There’s I read into it, you know a spirituality about them, about maybe what Steve Jobs believed in a kind of believing a bigger thing. So I felt connected.

Its been wonderful growing with them and now with the second season has exploded the viewership. Its gone double, triple, everything is going so well and people seem to be really connecting and that’s part of us growing together Apple and Servant, the Servant family here growing together. So it feels really great.

He also expressed that it has been a fantastic collaboration where Apple has trusted him and allowed him to make a very different show he would love it if four years from now, users would go to the Apple TV+ library and watched Servant that would be his dream come true and he would love to do more work with Apple.

You can watch the Servant on Apple TV+ for $4.99 per month via Apple TV app on all Apple devices and  tv.apple.com.