Last month we heard rumors that the next version of Android would be codenamed ‘Honeycomb’. Samsung just confirmed this news for us. The next update to be released will be Gingerbread (Android 3.0) and Android 3.5 Honeycomb will follow Gingerbread in about six months. 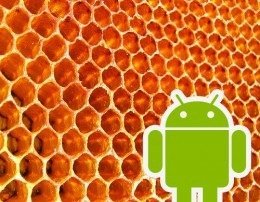 Head of product planning for Samsung, WP Hong told Techradar that the Galaxy Tab would be getting its own upgrade which will be more tablet friendly version. May be it’s the same case as with iOS 4.2 would make iPad a much better tablet.

The next platform we’ll be using [on the Galaxy Tab] will be Gingerbread. Depending on our international partners, we’ll be working to upgrade from Froyo to Gingerbread.

Samsung is already working on their next generation tablet and which would bigger in size and it is expected that it would be run Honeycomb:

Moving forward, with Honeycomb, that will be used in the next generation tablet, as it [Honeycomb] is specifically optimised for different type of tablet, and will be used on another product only.

We can expect to see Honeycomb in 2011 when Samsung would release their next tablet. Maybe Honeycomb might not be deployed on smartphones as it would be a tablet oriented upgrade, but time will tell for sure.