This shouldn’t come as a big surprise that work is already underway for an iOS 4.1 jailbreak. Comex has been providing userland jailbreaks for the latest releases quicker than others recently so keeping in mind this track record, MuscleNerd from the iPhone Dev Team thinks that he could do it again. There hasn’t been any word from Comex about it, but still, it’s good to know that there’s hope of an iOS 4.1 jailbreak soon.

What this means is that if somehow Comex doesn’t manage to release a userland jailbreak again then we will have to wait for updates to redsn0w or PwnageTool which might take a long time because even though there might be vulnerabilities in iOS 4.1, exploiting them for a user-friendly jailbreak isn’t as easy.

The iPhone Dev Team had recently announced that there will not be a jailbreak for iOS 4.0.2/3.2.2 since these updates were minor. It could be possible that an iOS 4.1 jailbreak down the road would work with these releases but then it would be wiser to just upgrade the OS rather than stay on an older release. 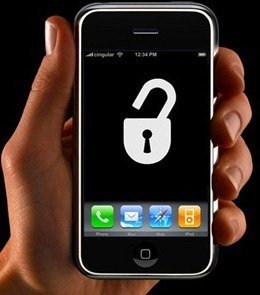 Comex has been pushing out userland jailbreaks regularly for the past few updates such as Spirit jailbreak for iOS 3.1.3/3.2 and the recently popular JailbreakMe 2.0 for iPhone 4/iOS 3.2.1/4.0/4.0.1 Jailbreak for iPad, iPhone 3GS/3G, and iPod Touch. iOS 4.1 is scheduled to be released on September 8th for the following devices:

The new iPod Touch will ship with iOS 4.1. iOS 4.1 will have the following bug fixes and updates:

Steer clear of iOS 4.1 if you want to preserve your jailbreak and unlock. We’ll keep you updated on the latest on iOS 4.1 jailbreak scenario!