Germany urges the EU Commission for strict environmental laws for Apple and Google mobile devices. The Federal Ministry of Economics wants the companies to provide security updates and spare parts of mobile devices running on iOS and Android software, including smartphones, tablets, and laptops. In addition, the ministry wants spare parts “at a reasonable price”. 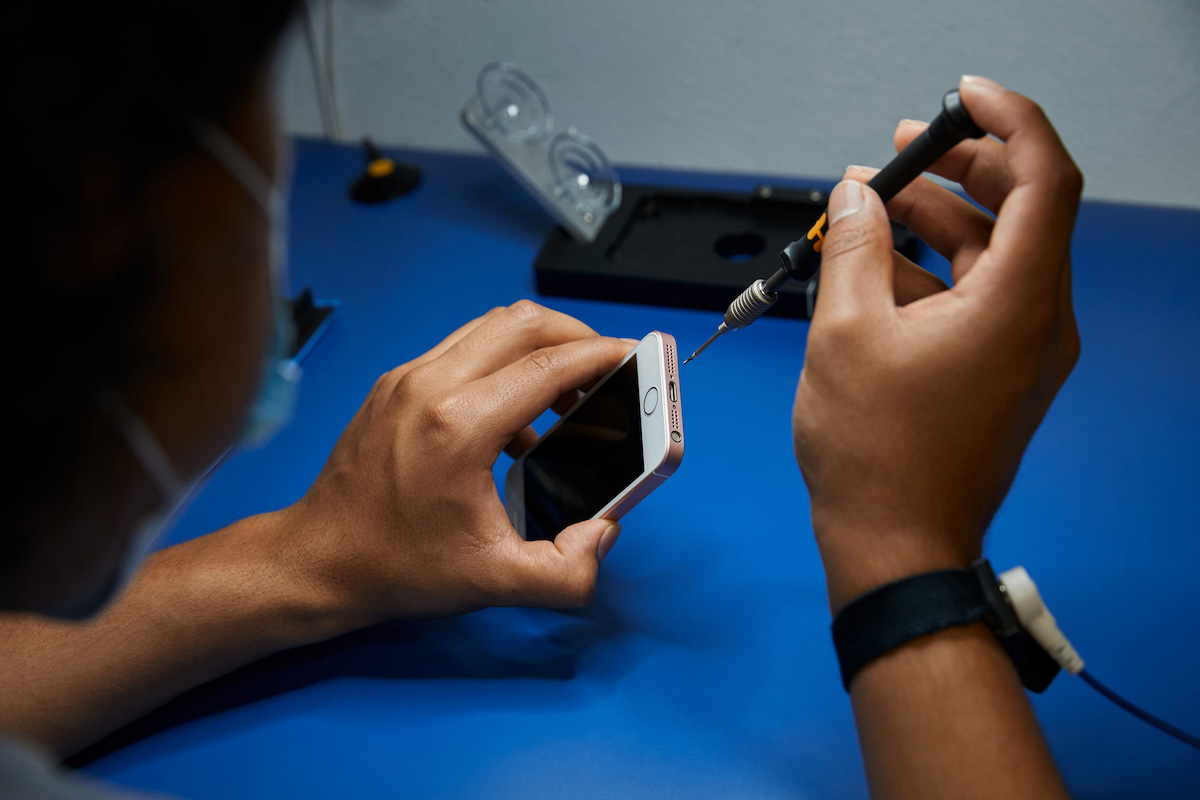 Europe, one of the largest markets in the world, produces over ten million tons of e-waste every year. Thus, as an effort to reduce e-waste and to achieve climate-neutrality by 2050, EU Commission is focusing on new ‘Right to Repair’ laws to mandate companies like Apple and Google (that own hardware and software of smart devices) and others, to make it easier for users to repair products rather than replace them. In 2020, it passed a law for companies to provide information labels of products’ durability and repairability.

The EU Commission wants the companies to provide security updates and replacement parts of smartphones for five years and make replacement parts of tablets available for six years. Furthermore, manufacturers will be required to publish the price list of spare parts and not to increase them later.

heise.de states that the spokeswoman for the Federal Ministry of Economics is focusing on the price and delivery time of spare parts. The ministry wants manufacturers to publish the price list of spare parts and not to increase them later. In addition, she wants the delivery time of the parts to be faster than the proposed 5 days time by the commission because “a long repair time could lead to customers opting for an exchange rather than a repair.”

From the point of view of the digital Europe industry association, which represents manufacturers such as Apple, Samsung, and Huawei, the Commission’s proposals go far too far. In a position paper, he suggests that manufacturers deliver security updates for three years and function updates for two years.

The association’s obligation to spare parts also goes too far: manufacturers should only have to deliver displays and batteries; other parts such as cameras, microphones, speakers and connectors would rarely fail.

Apple has an ‘Independent Repair Provider program’ in over 200 countries which provides training to repair experts of all sizes and access to genuine Apple parts, tools, repair manuals, and more for free. However, the company only allows users to get their Apple devices repaired by the company and authorized service providers. Because of this, the tech giant faces criticism as anti-competitive and the Federal Trade Commission (FTC) in the United States passed a law that allows users to repair their own electronic devices like smartphones, watches, televisions, and automobiles.