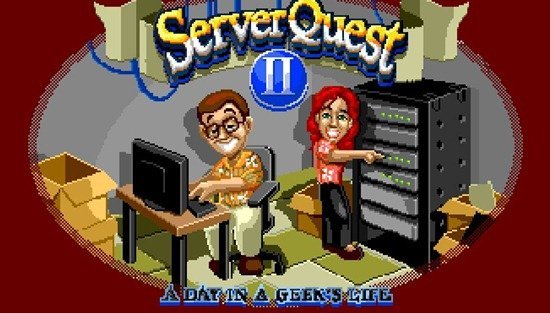 If you’re a geek and cherish the good old days of games with 8-bit graphics and Mono sound in the early 90’s along with a hidden aspiration to become an IT professional, this game has been tailor made for you. Server Quest II helps you learn more about IT and the software involved ( an example being Vista in offices. really! ). There’s a lot of mention of Microsoft software and technologies now and then, and you’re also given interesting missions with some what of a cheesy sense of humor sometimes. You play the role of either a Server God, Database Guru, Desktop Whiz, Hardware Hero, IT Commando or God’s Gift To Programming. There are just two main characters in the game and either of them can be used for any of the mentioned roles.

The game starts with a video that looks to be a flashback from the 90’s with the style, although the technology that’ll be talked about in the game is the latest. You’ll be using Outlook to check your tasks or missions and complete them. There are a lot of cut scenes in which even Windows Live Photo Gallery comes up. 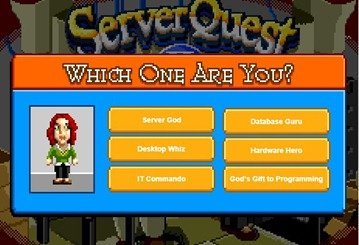 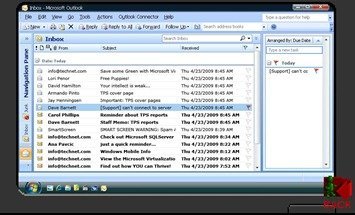 Not many would know this but Server Quest II is a sequel to the first version of Server Quest. The first part was all about finding a relationship in a server room for Matt who is, well, used as a typical IT person and not cared about, which lasts only until he meets the geek girl of his dreams, Alicia. Server Quest was made on Flash, while Server Quest II is made on Silverlight.

The game consists of 10 chapters along with 3 Circuit Snake rounds and a special Vista Upgrade game. It tests you capability of fulfilling the ever increasing demand of Vista in offices. Better prepare for such circumstance by playing Server Quest II. 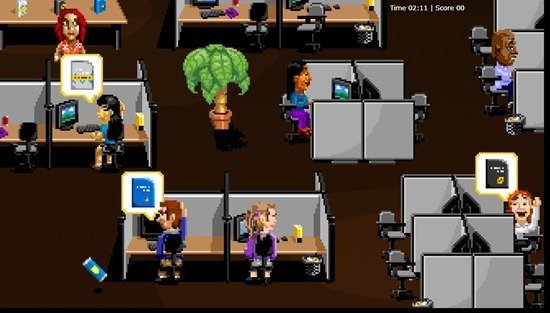 The game is worth a try, it’s entertaining and you could really learn something with a smile on your face. Although the load times would really get to you even though they have some interesting quotes, as it seems to compete with Crysis even for such low graphics.

I’ll leave you with a trailer I found for Server Quest and a few words of wisdom, which I couldn’t resist sharing. Thanks to Mary Jo Foley for the tip. :) 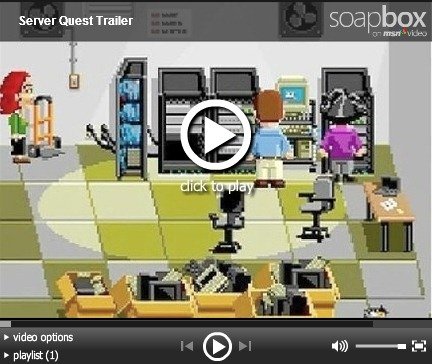 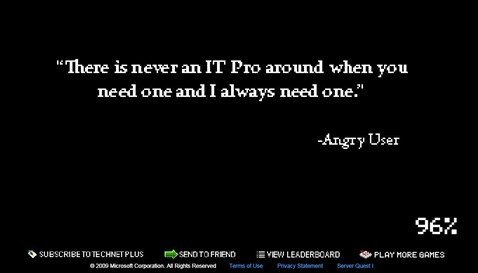