Skype has announced a major new update to its apps that revamp the whole interface and introduces a new Snapchat Stories like feature, support for add-ins and enhancements to bots. The updates will be available soon to Skype on all platforms on which it is available: Android first, followed by iOS while Windows and Mac versions will be updated in a few months.

We have lost count as to how many times has Skype been updated over the past many years. This redesign makes it look inspired by Instagram’s design and logo. The overall layout is stark white but there are colors used in chats and animations. The app is now divided into three tabs: Highlights, Chat and Capture. When you start a chat with a contact, the tabs shown at the top are: Find, Chat and Capture.

Highlights is the Stories feature of Skype. Unlike Snapchat and Instagram’s 24 hour stories, Highlights remain live for 7 days. Users can view their contacts’ Highlights which can have stickers and text on them and respond to them with Facebook like reactions.

Calling, one of the main features of Skype, now supports real-time photo sharing, messages, emoticons and stickers, even in group video calls. The feature looks great in demos so I can’t wait to personally give it a try. 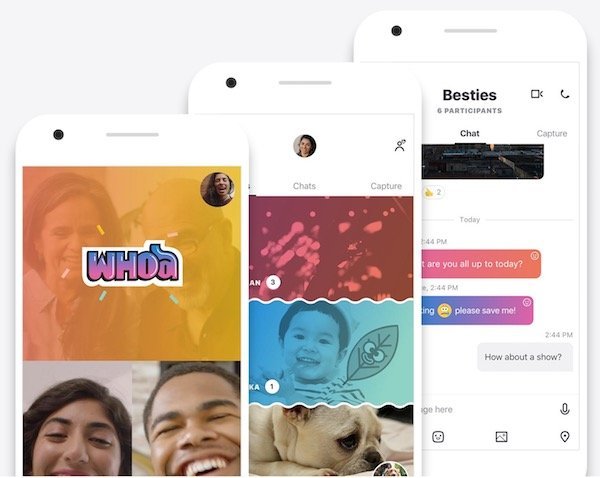 Chats show a cute little animated squiggly line when your contact is typing a message. It reminds me of the squiggly lines in Microsoft’s Word which are used to underlines spelling mistakes. Chat text backgrounds have neon colors, similar to Instagram’s logo. Users can also react to each individual chat similar to how it is done in iMessage and Facebook Messenger’s reactions.

‘Find’ in a chat lets users use add-ins and bots to look up restaurant information, find GIFs, tickets and other things to share in the chat. Like iMessage and Facebook Messenger, Skype has now become an extensible chat application which will be expanded by developer add-ins.

It is too early to figure out whether Skype is headed in the right direction. We have seen Skype change too many times over the past, specially after Microsoft’s purchase of the company. Windows users would know the pain of switching between the win32 app, the Windows Store app and back and forth between the two over the past many years.

Let’s hope Microsoft sticks with this Skype hybrid of iMessage, Facebook Messenger and Snapchat for a long time. If Microsoft also brings Highlights to Skype for Windows and macOS, it will be the first time that a Story feature breaks the shackles of being mobile only.