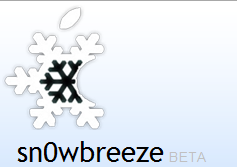 While we wait anxiously for redsn0w 0.9, another jailbreak tool called sn0wbreeze by iH8sn0w has been released for iPhone and iPod Touch firmware 3.1.2. This tool lets you create custom jailbroken firmware as opposed to the ease of blackra1n. sn0wbreeze works with iPhone 2G, 3G, 3GS (old bootrom and non MC), iPod Touch 1G and 2G ( non MC ). If you’ve been looking for a jailbreak for iPod Touch 3G, then you’re out of luck.

The final version sn0wbreeze will have 2 modes, simple and expert. The simple mode currently adds Cydia, sn0wbreeze boot/recovery logos and recommended stuff automatically, while the expert functionality is disabled until full release. It has been developed by the same team that is working on a port of Pwnage Tool for Windows.

If you ask me, I’d suggest you to stick with blackra1n if it works for you, because it takes just 30 seconds to work while sn0wbreeze requires a lot of steps. For those of you who have been unsuccessful with blackra1n for iPod Touch, we’ll have a guide on jailbreaking with sn0wbreeze up shortly. If you’re an iPhone user, check out the sn0wbreeze jailbreak guide by Redmond Pie.

sn0wbreeze is available for Windows XP, Vista and 7 only. You’ll need .Net 3.5 to run this tool.

Check out our guide on how to jailbreak your iPod Touch OS 3.1.2 with blackra1n.