A Reddit user was able to access Spotify’s, unreleased, HiFi menu on an iPhone. Due to a glitch, the HiFi icon appeared in a song UI on the app’s iOS version, and the user was quick to tap on it to see the menu further.

HiFi (High Fidelity) is high-quality lossless audio streaming without any drop in data or frequency. Earlier this year, Spotify announced that it would introduce a lossless (HiFi) service for its Premium subscribers later this year. But its rival Apple beat it by announcing lossless streaming and spatial audio on Apple Music for all subscribers, starting this June. Two tiers are offered: Lossless starting at 16 bit at 44.1 kHz (kilohertz) will go up to 24 bit at 48 kHz and Hi-Resolution Lossless with up to 24 bit at 192 kHz.

Spotify HiFi icon on iOS hints at its imminent launch

As per the shared screenshots, Spotify subscribers can connect to HiFi-compatible devices to listen to songs directly from the app. As per the screenshots shared by @themonarc, the system requirements are:

Select a HiFi-compatible device and control your music straight from the app.

Use wired devices or speakers that are capable of playing lossless audio, 16-bit/44.1kHz or higher, to successfully listen to music in HiFi. 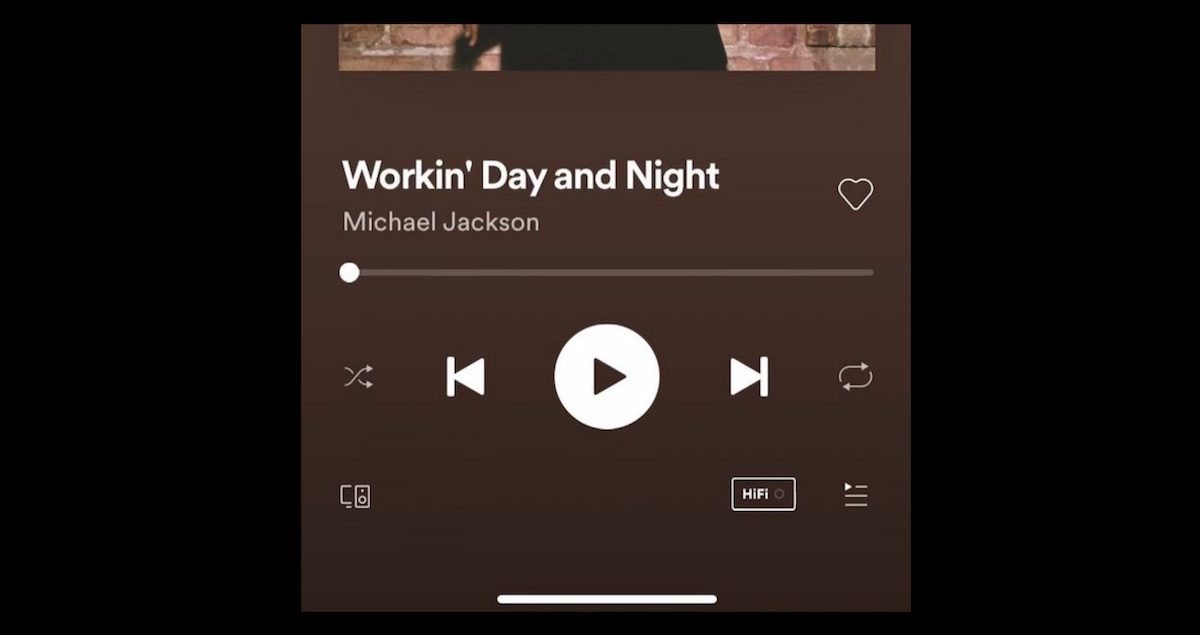 Such discoveries are very telling of soon-to-release features; previously, renders of Spotify’s ‘Car Thing’ were found on the app’s iOS code and later it was released officially.

Although the Swedish music streaming service has announced the release of the feature for paid tier, it has not given price details. Competing music services like Deezer offers HiFi for $14.99 and Tidal for $19.99. While Apple Music will offer high-end music streaming for the same $9.99 monthly subscription fee.

For this feature, Apple and Spotify have reverse rolls, Apple launched its Podcasts Subscription for which creators will have to $19.99 annually and the company will take a 30% subscription cut for the first year and in the subsequent year, the company will charge 15%.

For its paid podcast subscription, Spotify will not take any share cut from the subscription for two years and after that will charge a 5% commission for access to Anchor, its podcast creating tool. Recently, Spotify launched three accessibility updates to make the platform more accessible for listeners with hearing and visual impairment, including bigger and brighter control buttons, the ability to enlarge text, and beta podcast transcripts features.