Linux gamers have something to rejoice about as Valve has launched a limited access beta of its popular gaming platform, Steam. For those who don’t know, Steam is a leading platform for the delivery and management of PC and Mac games with over 50 million accounts around the world and over 2,000 titles offered. 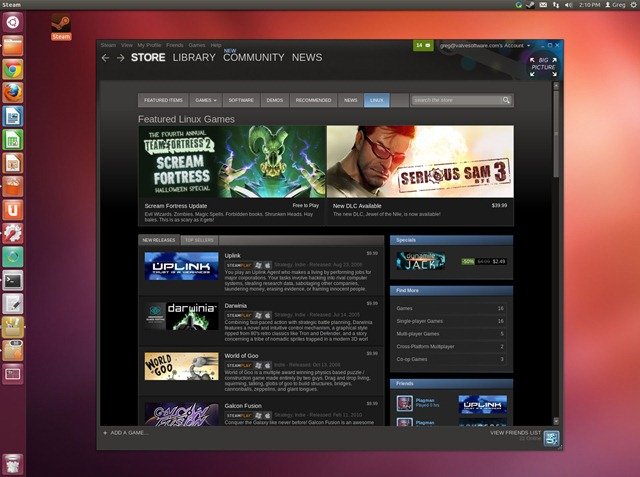 “This is a huge milestone in the development of PC gaming. Steam users have been asking us to support gaming on Linux. We’re happy to bring rich forms of entertainment and our community of users to this open, customer-friendly platform.” Gabe Newell, Valve President.

Currently supporting over 24 titles, including some big free titles like Team Fortress 2, Frozen Synapse, and Serious Sam 3, the number of games for Steam for Linux are bound to grown as it reaches its final release. The beta is currently compatible with Ubuntu 12.04 and features Big Picture mode allowing users to connect their Linux PC to a TV and then browse, purchase, and play all Steam games optionally with a controller.

Since it is available as limited access beta, invites will be going out to a small number of users who have registered for it and once the beta becomes stable, it will be available to all Linux gamers.

For more details about the beta release, head over to the official Steam for Linux community page.