iOS 4 was released in the early part of June and Apple had announced that it would work on iPhone 4, iPhone 3GS and iPhone 3G. iOS 4 does not support many of its functionalities with iPhone 3G because of hardware support. Because of many new features in iOS 4, some would think that it would effect the battery life of iPhone with features such as multitasking. Macworld performed some tests to compare the battery life of iPhone 3G and iPhone 3GS on both iOS 4 and iOS 3. 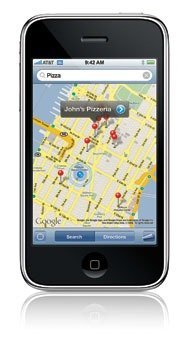 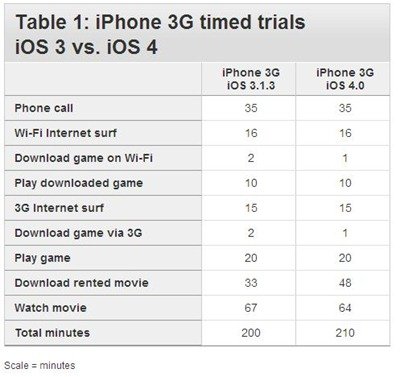 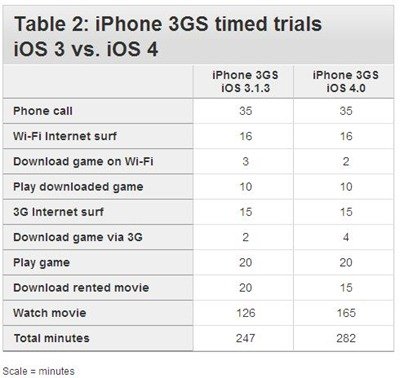 The tests clearly prove that iOS 4 does not only have some great new functionalities but also it gives better battery life then iOS 3. So, it shows that with iOS 4 Apple not only provided multitasking but also figured out how to save battery life.
[via macworld]