Tapbots, the makers of Tweetbot, have released an incremental update to the app with Twitter Video support and improved GIFs support. Tweetbot 3 is the best Twitter app for iPhone and is even better than Twitter’s own official app, in most scenarios.

Twitter had added GIF support last year in June where as Twitter’s video functionality has only been added recently. Twitter’s official apps were quickly updated with support for these features but third party apps always need that bit of more time.

With the type of polish that goes into each feature in Tweetbot, it is better to be late than never. Here’s the changelog for this update, which is marked as version 3.5.2:

Meanwhile, Tweetbot for Mac and iPad updates are long overdue. 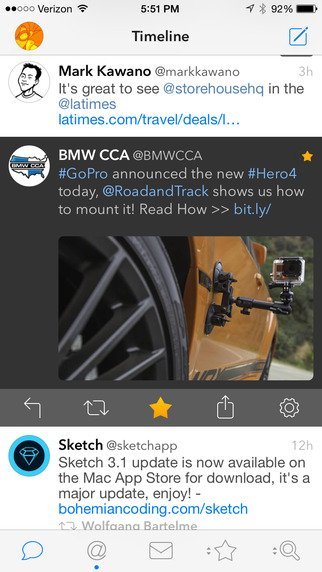 If you are already a Tweetbot user, the update is free to download in the App Store. Otherwise you can get it for $4.99. If you are a regular Twitter user, trust us, it is well worth the money.