Twitter is testing a conversation tool to give users more control over who can interact with them on the platform. When released, the new feature will allows users to choose the people who can reply to their tweets. Although the tweet will be visible publicly, only chosen users will be given access to chip in the conversation. 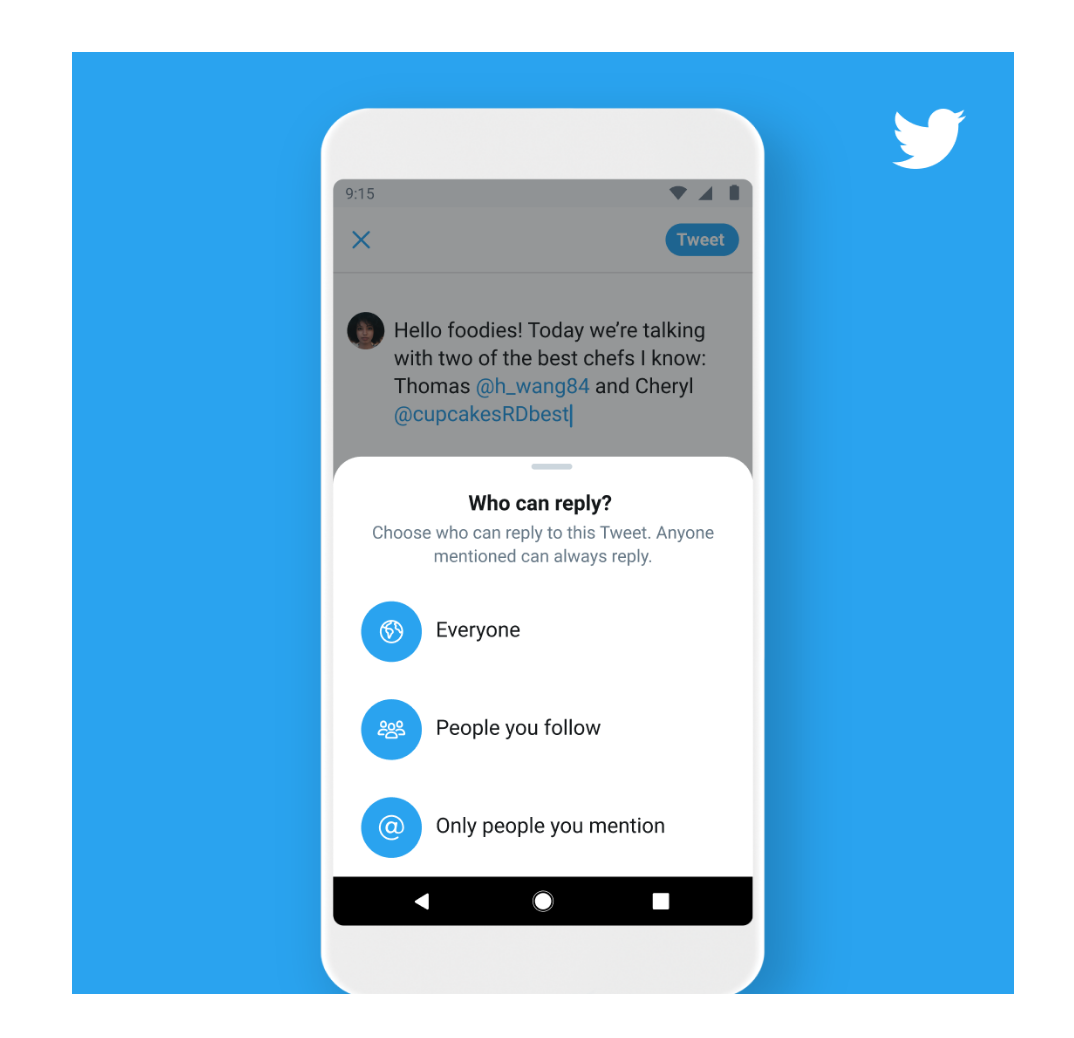 Through an official announcement tweet, the company informed users of the new feature and its development status. In the testing phase, a small percentage of users around the globe will receive access to the new conversation control feature.

The announcement tweet also gives a short tutorial on how users will be able to apply the new reply permissions in the app.

This is what you will see when you try to reply to a restricted tweet: 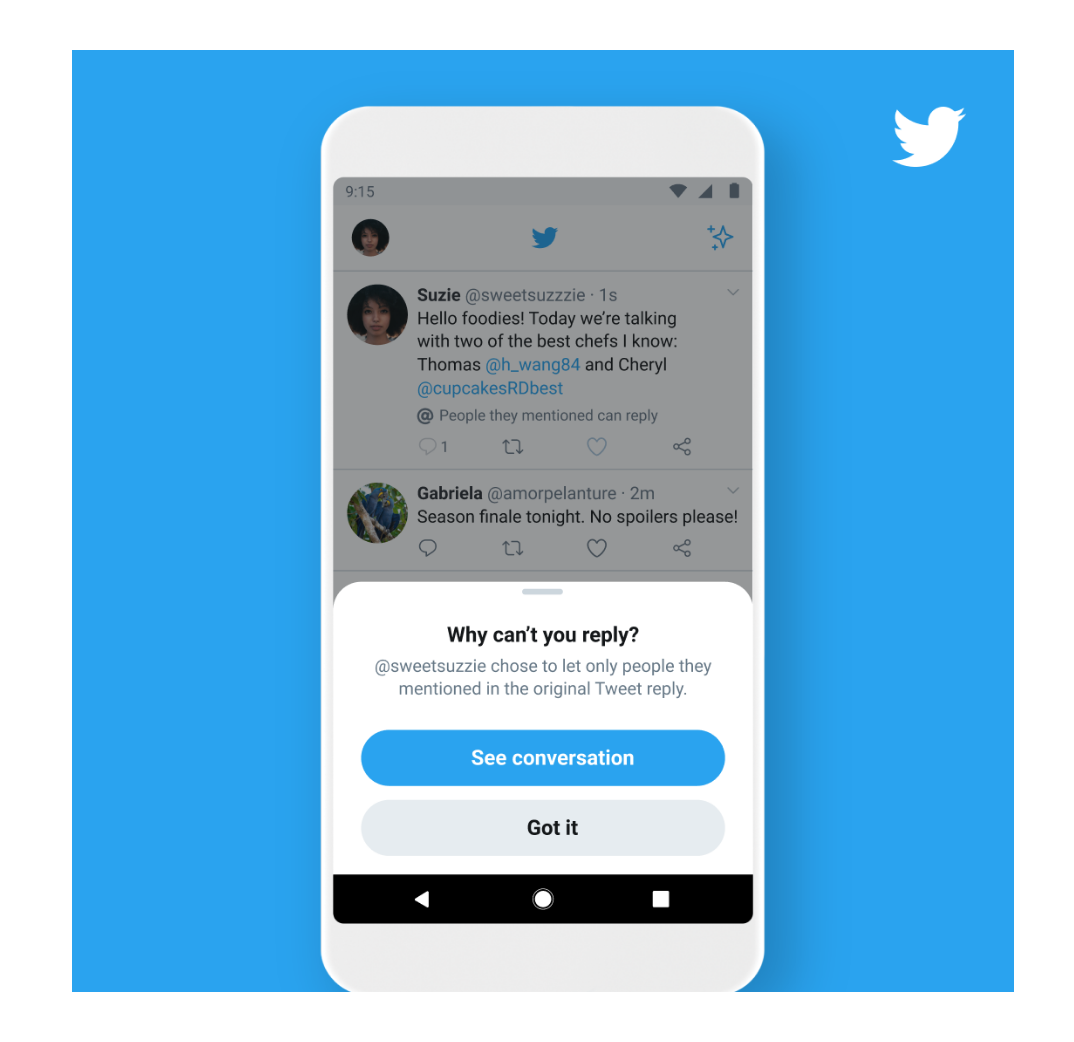 Twitter is a platform which brings people from all over the world together. More than 500 tweets are sent daily by 152 million daily users. Recently, we have seen the service revamp its features through meaningful changes to improve user experience.

The aim of these new conversation settings is to reduce unwanted conversations from trolls and and prevent cyberbullying.

Twitter is where you go to see and talk about what’s happening. But sometimes, unwanted replies make it hard to have meaningful conversations. (Ahem, reply guys.) Since last year, we’ve been working to give people more control over their conversations starting with the ability to hide replies. We also began trying out new ways to start conversations with casual, fleeting thoughts. And now, we’re testing new settings that let you choose who can reply to your Tweet and join your conversation.

Conversation controls are being rolled out to a few accounts on iOS, Android and Twitter.com. Twitter is also testing a new layout for replies to make reading conversations easier.

Several prominent app developers have gathered to form the ‘Coalition for App Fairness’ against Apple….