Twitter has officially enabled the long awaited night mode in its official iOS app. The functionality was made available to Android users earlier this year and since then, Twitter was bombarded with requests from iOS users to extend the feature to their devices. It was in beta testing for a while and is finally functional for iPhone and iPad users. 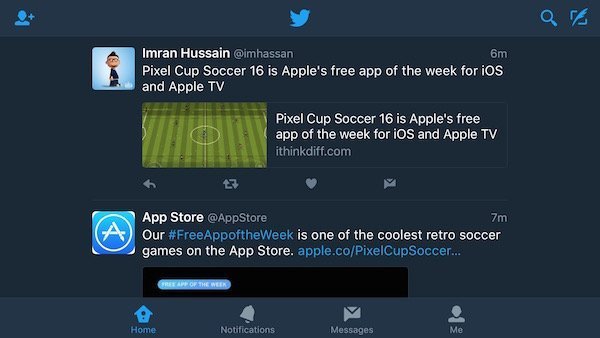 The night mode feature gives the app a darker theme in a low light or dark environment, which makes navigation through Twitter’s feeds mighty easy. Here is how you can turn on night mode:

This feature is a creation of Joaquim Verges, the well-known developer of the popular Falcon Pro Twitter app for Android. Although Twitter has rolled out the night mode feature now for IOS, third party apps like Tweetbot had it since many years. Having said that, it’s better late than never.

Twitter announced that is releasing new notification features which are designed to empower users by deciding who they see and interact with on its platform. The new options made available in an upcoming update will give users more control over the content they will view and the notifications they will receive. 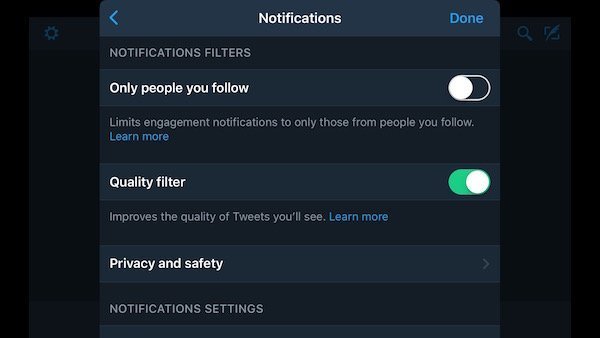 Here is how it will work: 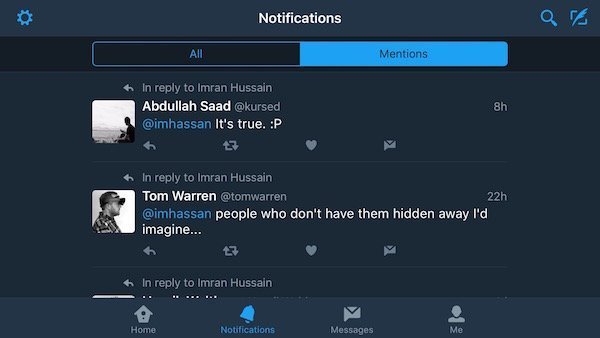 The introduction of these features should help users block out abusive Twitter users and trolls who can be a source of trouble.