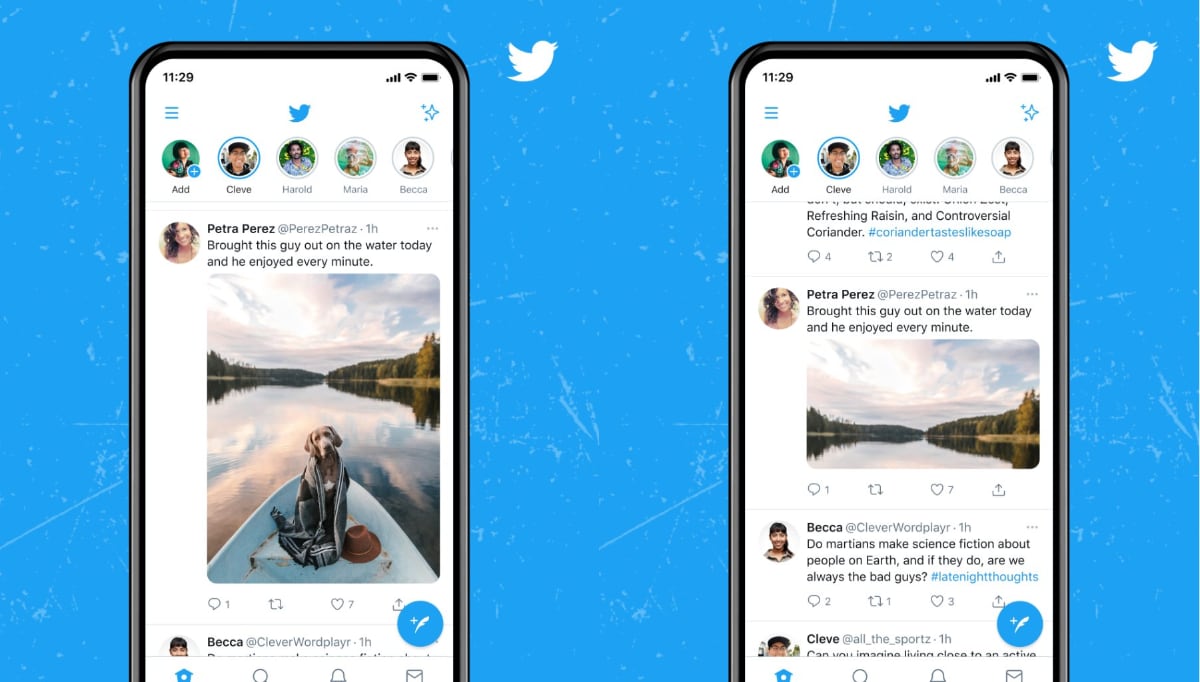 Currently, when users see images in their Twitter app’s timeline, they appear cropped and have to be tapped to view the full image. With the new test, Twitter will show the images in their original aspect ratio. An image may appear wider if it’s in landscape orientation or taller if it is in portrait orientation. This means that users might not be able to see more content at a particular time if their timeline contains a number of portrait images, so we imagine that Twitter might make this an optional feature, similar to how apps like Apollo do it.

Now testing on Android and iOS: when you Tweet a single image, how the image appears in the Tweet composer is how it will look on the timeline –– bigger and better. pic.twitter.com/izI5S9VRdX

Twitter is also testing new ways to upload and view higher-quality images. During testing, the app will allow users to upload up to 4K resolution images. Users who are in the test can go to their Twitter app settings and enable the new options in “Data Usage” to view and upload images in 4K quality. High-quality images will eat up data quicker than the smaller images that Twitter currently supports.

Have a collection of higher res photos waiting to be shared? We’re testing ways for you to upload and view 4K images on Android and iOS.

If you're in the test, update your high-quality image preferences in “Data usage” settings to get started. pic.twitter.com/EgW5fsb8Z8

For now, these tests do not apply to videos. Users will still see cropped video thumbnails in their timelines, however, the video thumbnails give an indication of whether they are in landscape or portrait orientation. For videos, the only quality settings in “Data Usage” is “High-quality video”, and it does not seem like Twitter will be changing it anytime soon. Videos uploaded to Twitter have the poorest quality out of all the popular social media websites, so hopefully, this would be next on their list of updates.