According to sources, Microsoft is no longer the only tech giant interested in acquiring TikTok, a popular video-clip sharing platform. The Wall Street Journal reported that Twitter held preliminary talks about a possible merger with ByteDance, the app’s Chinese developer.

TikTok’s acquisition is currently in news due to political reasons. The American President, Donald Trump claims that he is worried about the privacy and security of American users on the Chinese app. Therefore, President Trump has set September 15 as the deadline for the video-sharing app to find a U.S. buyer. Till a few days ago, Microsoft was the only company involved in the app’s acquisition but now, there is another possible buyer in the market, Twitter.

Keeping Twitter’s market value in mind, it is unlikely that it will beat Microsoft in bidding for TikTok’s acquisition. Twitter’s total market capitalization is $30 billion which is equal to the valuation of the video recording app’s available assets. However, a private equity company and a big Twitter shareholder, Silver Lake is reported to aid in raising the capital required for the deal.

At the moment, Microsoft is the only company that acknowledged it was in talks with ByteDance for a possible acquisition. Although the WSJ’s sources say that Twitter could face less antitrust scrutiny than Microsoft, the social platform is much smaller than the software giant.

The reasons for Twitter’s interest in TikTok are unclear and its ability to continue with the platform is uncertain as well. In 2012, the social media app acquired ‘Vine’, another video recording app but could not sustain it and shut down the service after four years.

The biggest hurdle in the acquisition process of TikTok is the recent executive order signed by President Trump on August 6, which blocks all U.S. transactions with ByteDance. The order will take effect with 45 days.

China has strongly condemned the forceful and discriminatory take over of the app and TikTok’s management team has stated that it plans to file a lawsuit challenging President Trump’s August 6 executive order.

In a blog post on August 2, Microsoft disclosed that after a conversation between Microsoft CEO Satya Nadella and President Trump, the company is going to continue discussions for the possible acquisition of TikTok in the United States.

The deal would allow TikTok’s operations in the United States, Canada, Australia, and New Zealand to be controlled by the software giant. Microsoft went on to say that the discussions with ByteDance would be wrapped up by September 15th.

If ByteDance fails to find an American buyer for TikTok, the federal government will shut down the app in the United States via another executive order. President Trump has the power to add the popular video-clip sharing app to the U.S. entity list, which could force American tech giants such as Apple and Google to drop the video-clip sharing platform from their app stores. 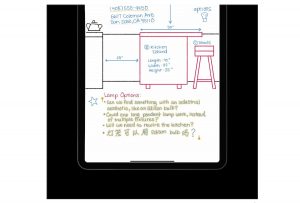