Since iOS 13, users received the ability to use QuickTake to capture video while taking photos, excluding the need to switch modes.

QuickTake video allows users to instantly start shooting videos without having to switch to the dedicated video recording section inside the Camera app. This makes recording videos more convenient than it used to be on the older iPads and iPhones. 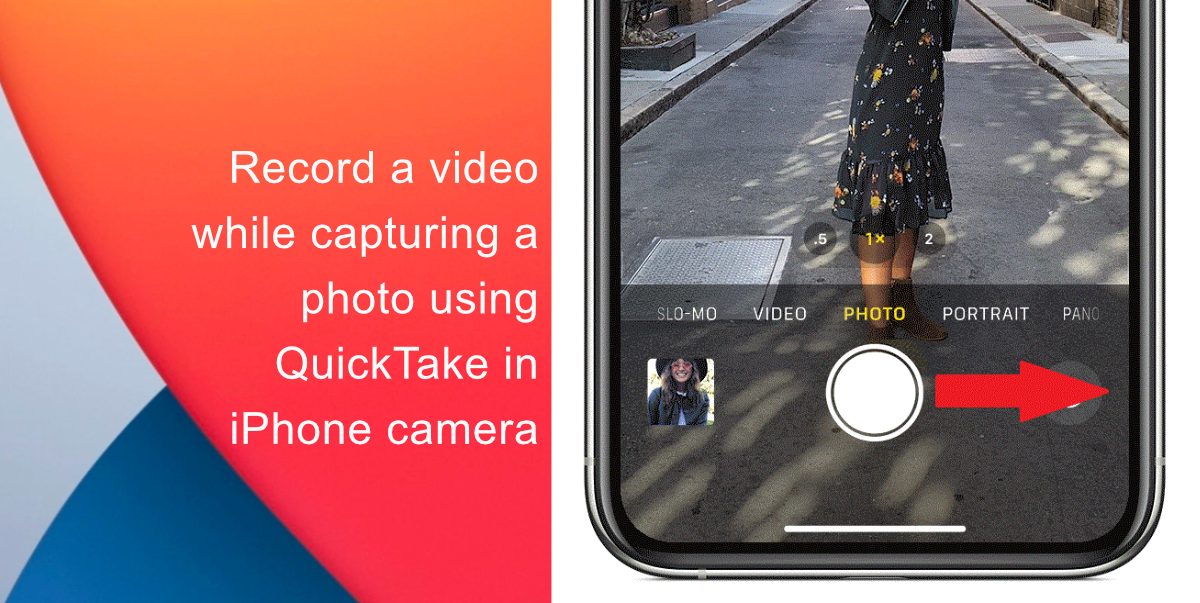 Here is how you can use QuickTake to record a video while taking a photo:

This does not work unless you lock the recording by sliding it to the right. Only then will the Record and Shutter buttons appear below the frame which will allow you to capture a photo while recording your QuickTake video.

Some features are unavailable in this mode. Apart from the inability to shoot videos with customizable resolution, you can not use an audio zoom or capture stereo audio. You have to manually switch to Video mode to accomplish those things.

The longtime Apple users may be familiar with the name QuickTake. It is because Apple named this feature after one of the first consumer digital camera products it released decades ago, however it never took off. Now, years later we have stumbled across QuickTake as a feature on iPhone, rather than a digital camera.

We hope this guide was helpful for you to capture pictures while recording videos via QuickTake. Let us know in the comments below!