Vine is the popular new app by Twitter which lets users record 6-second videos and share them on social networks. The cool trick is that it lets you shoot a video by pausing recording as many times as the user likes. Users have really capitalized on the 6-second limit and created amazing videos including funny and very artistic ones. Plus, you know a service is popular when celebrities start using it.

Vine was initially launched as an app for iOS and soon afterward, for Android. Like with most other apps, Windows Phone is finally getting them on its platform and Vine is one of them. Vine was demonstrated not so long ago at Nokia World at Abu Dhabi but luckily, the app has been released for all OEMs and not just Nokia phones. 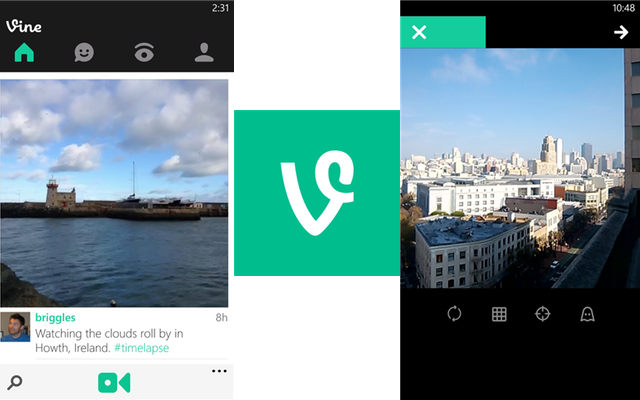 The app delivers the same feature set as found on other platforms. Users can create and share videos, browser and view videos with friends and other users and more. Since the app takes full advantage of Windows Phone, users can also use its live tiles feature and pin the vine camera on the home screen for one-tap access. Similarly, Vine channels and accounts can also be pinned to the home screen so users can keep track of their favorite Viners(?).

Even if you have not been a fan of Vine previously, you should give this app a try just to see the type of content people are sharing. The app is available for download for Windows Phone 8 only.