Google has been really beefing up their cloud offerings ever since the introduction of Google Drive. Not only did they unify the storage space for different Google services with Gmail, they also allowed attachments to be shared via Drive. The integration takes one huge step further now, with attachment saving and viewing coming right within Gmail, using the power of Google Drive. 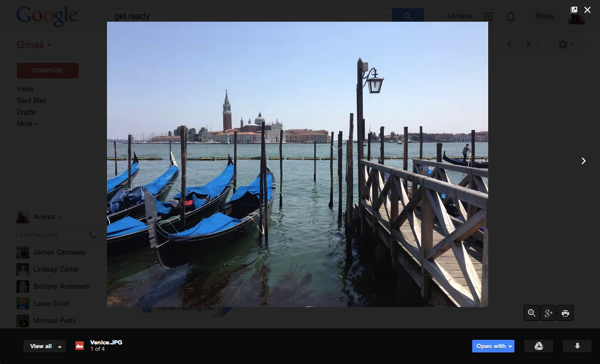 Google has announced that with a new update, users would not have to download files from Gmail to their physical ‘Downloads’ folder on their computers. Users can simply download the attachments from Gmail, directly to their Drive and view them later using any device. Users can also see previews of different files such as images, videos, spreadsheets, PDFs, documents and more right in Gmail, which is a much-needed addition!

The document viewer would allow users to search for text, view different pages/sheets or even print and share them on Google+. Multiple attachments can also be previewed together thanks to the new viewer. If users wish, they can simply download the files without opening them through the new on hover link to save a file to Google Drive else an option to download files would also be present in the viewer.

To edit the attachments, users would have an ‘open with’ menu which would, presumably, take the user to one of Google’s own productivity web app offerings. While this still would not replace the functionality that the likes of Microsoft Office provide, Google is making users rely less on the desktop and giving more features to them right within the browser. Especially for users of Chrome OS, this can only mean good news.

The new update will be rolling out gradually over the coming weeks to Gmail users.