VMware updates Fusion and Workstation, two of its most popular virtualisation products, to version 8 and 12 respectively. The update brings support for Windows 10, OS X 10.11 El Capitan, improved graphics and processing performance, battery efficiency and retina display optimisations amongst many others. 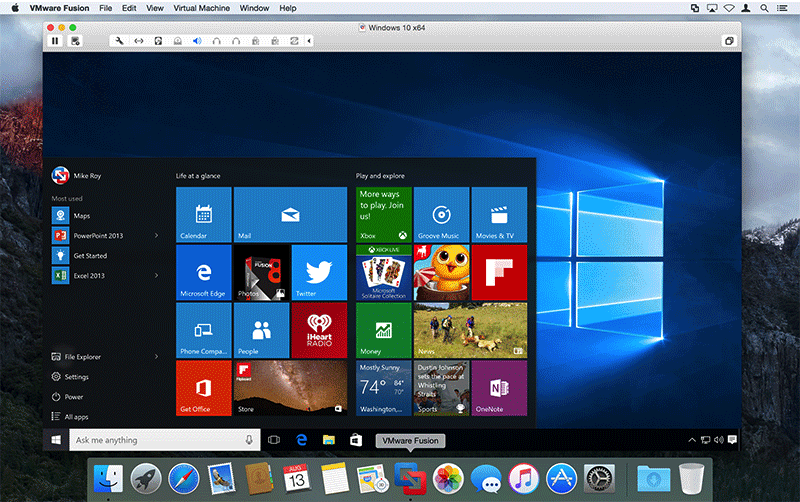 The new updates have support for Windows 10 features such as allowing Cortana and Microsoft’s new Edge browser to run along with Mac apps. Given that Siri is not a part of OS X yet, this makes for a very useful smart assistant integration into OS X. El Capitan also gets some love in this release and users can use the windows snapping features of both OS X and Windows 10 to run the apps together, side by side.

The graphics performance improvements bring Direct X 10 and OpenGL 3.3 support as well as up to 2GB of RAM allocation support for video memory.  This should give a big boost to graphics intensive apps in Windows, such as those used for professional graphics rendering.

The usual support for Unity mode is there along with Retina display optimisations. Trackpad gestures for Windows are also supported in Unity mode so you can use the same gestures in both Mac and Windows apps.

There are tons of other features included for pro users in the release. Check our the detailed walk through over at Ars Technica

VMware products can be purchased from the VMware Store website.