Popular voice recording app, Voicemod Clips is now available on iOS with new features. Previously, it was a PC only app but now smartphone users can make entertaining videos by applying a variety of fun voice changers and other effects. The latest version includes a new T-pain voice changer, video effect, and #GetUpChallenge.

The developer, Voicemod markets the apps as a “free and most powerful” voice changer tool for content creators’ social media projects. Description of the app reads:

Voicemod Clips is a Content Maker App that includes dozens of original voices and filters that will allow you to change your voice and apply fun filters to your smartphone’s camera. The best voice changer and video editor for Social Networks. 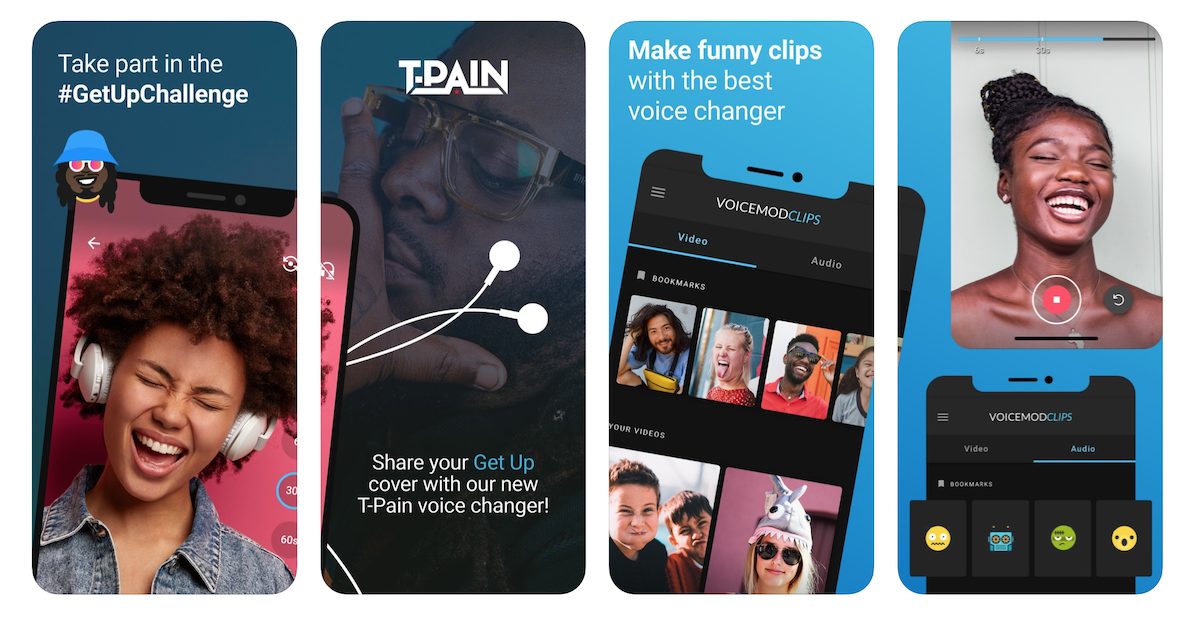 The latest version of the iPhone app is released with two new features, bug fixes, and performance improvements.

The feature is designed to gain support for causes like the human rights movement, Black Lives Matter, and many other environmental, social, economic, and political initiatives around the world.

Voicemod Clips allows users to create audio and video clips on their smartphones. Video clips can be easily recorded via the in-app camera and users can apply a filter, voice changes, and set the duration of the clip. The clips can be shared with family and friends via messaging apps and also post them on social platforms for their followers.

The app will be helpful for various content creators on Instagram and TikTok. It will add a new and enjoyable flare to their videos.

iOS Users can download the voice changer app from the App Store. It is compatible with iPhone, iPad, and iPod touch running on iOS 11.0 and later. Although a PC app, Voicemod Clips is not available on the Mac App Store. As per the developer, an Android version of the app will be released soon.

Stay tuned for a comprehensive Voicemod Clips guide on iThinkDifferent.